Message in a bottle from Ireland reaches Russia after 40 years

The bottle traveled 4,000km and was used by Galway's university to study drifts and tides around the island. 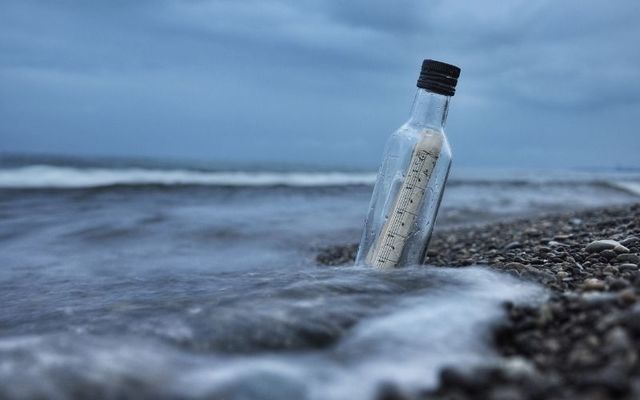 A message in a bottle believed to have been thrown off the Irish coast up to 40 years ago has been found in the Russian port of Murmansk.

The bottle was discovered at Kola Bay, an estuary north of the port city of Murmansk, 4,000km away from its starting point of Ireland's Atlantic coast.

Contained within the bottle was a small yellow postcard bearing the address of University College Galway - now NUI Galway's - Oceanography Department, along with a request to return the bottle with details of where and when it was found.

The bottle – known as a drifter – was used as part of a research program by oceanographers to study drifts and tides around the island.

A Professor Ed Monahan, formerly of NUI Galway but now working at the University of Connecticut, is known to have conducted research with ‘drifters’ off Ireland in the late 1970s and early 1980s.

Academics at NUI Galway have been left puzzled by the discovery and how the bottle made its journey to Russia.

There are two theories as to its epic journey. Firstly, that it was simply carried by the natural currents over the North Sea, through the Norwegian Sea, and into the Barents Sea, or, secondly, it was picked up by a fishing boat and dumped in the port.

Speaking to the Irish Times, Dr. Martin White, an oceanographer at NUI Galway, said he believes it got there by itself.

“It is amazing to think it has gotten that far. I fully believe it made its way there by itself.

“It can certainly reach there by the currents. It is likely 30 or 40 years since it was deployed. I think it is quite amazing, if it did go with the currents, that it survived intact, without leaking in the intervening years.”

Among the mysteries surrounding the bottle’s journey, Dr. White said it isn’t known whether it took up to 40 years to reach Murmansk, or whether it made it there within a number of years and has been lodged in the bay since.

Dr. Tiernan Henry, head of earth and ocean sciences at NUIG said there has been a “great” reaction to the discovery from colleagues in the department who are determined to shed light on the bottle’s journey.