The 47th annual Silky Sullivan St. Patrick's Day Parade will kick off at 3 p.m. CDT on Saturday and will run for an hour on Beale Street in Downtown Memphis. 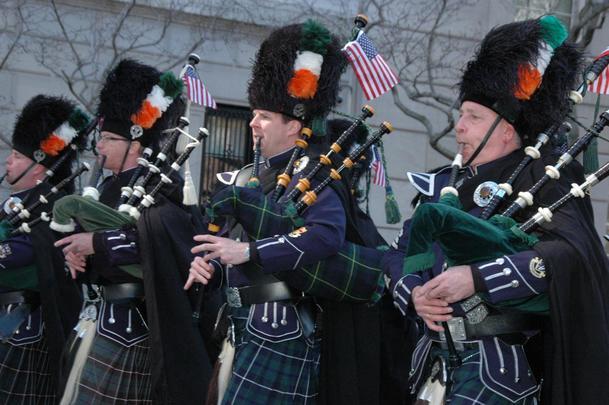 The St. Patrick's Day parade in Memphis, Tennessee is set to make its return later this afternoon after it was canceled in 2020 and postponed in 2021.

The 47th annual Silky Sullivan St. Patrick's Day Parade will kick off at 3 p.m. CDT on May 1 and will run for an hour on Beale Street in Downtown Memphis.

The Beale Street Merchant's Association decided against canceling the parade in March, instead choosing to postpone the event while Shelby County continued to monitor the city's COVID-19 cases.

The Shelby County Health Department recently gave the parade the green light, with daily cases in Memphis frequently falling below 150 - the city's lowest daily totals since early October last year. Meanwhile, 23% of people in Shelby County have received both doses of the COVID-19 vaccine.

Joellyn Sullivan, the owner of Silky O'Sullivan Bar & Grill, told localmemphis.com that the return of the St. Patrick's Day parade was a mark of the progress that Memphis had made in the fight against the coronavirus.

"One of the things that is so exciting about the parade this weekend is the fact that a year ago, a little over a year ago, the pandemic began with the cancelation of the St. Patrick’s Day Parade," Sullivan told localmemphis.com.

The parade will take place across four blocks on Beale Street, while all parade-goers will be required to wear a face mask. Organizers will also be handing out masks to anyone who forgets them.

Sullivan said that most people will attend the parade as a family or household unit and that social distancing will be enforced. The Blue Suede Brigade Hospitality and Safety Team will be on Beale Street to help enforce public health protocols.