Another love letter to Maureen O'Hara from director John Ford believed to have been written during the filming of 'The Quiet Man' has been discovered by the starlet's grandson. 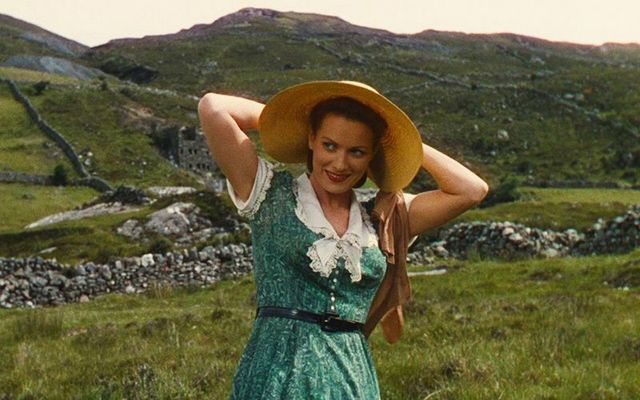 Maureen O'Hara as Kate Danaher in The Quiet Man.

A love letter to Maureen O’Hara from "The Quiet Man" director John Ford has been discovered by the Irish starlet’s grandson Conor Fitzsimons.

The Irish Times reports that the newly discovered letter is written on paper from Ashford Castle in Co Mayo, and was discovered tucked into a book about the Castle itself.

While the letter is undated, the Irish Times says “it is almost certainly from during or before the filming of The Quiet Man. Most of the cast and crew stayed at the luxury hotel in Co Mayo for the duration of the shoot in June 1951.” 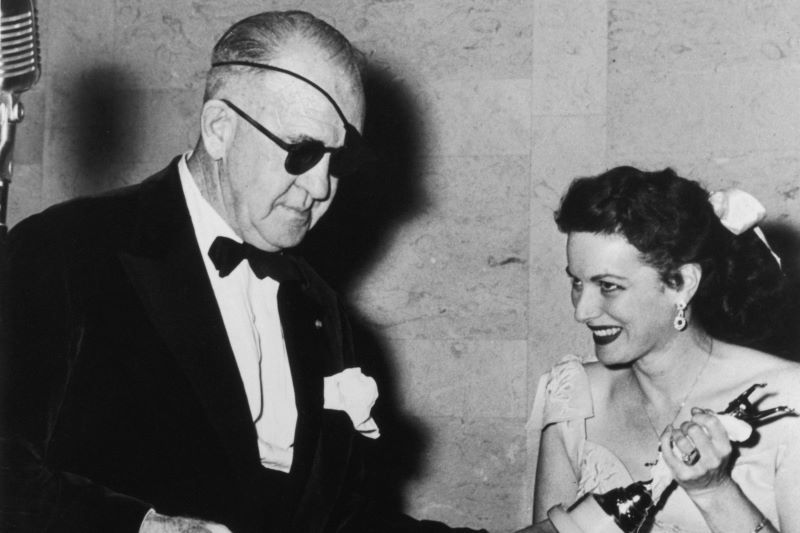 John Ford and Maureen O'Hara, circa 1955. Another love letter to the starlet from the director has been discovered.

A portion of the letter written by Ford reads: “Oh Maureen, my darling, I love you so much! Thank you my love for the few months happiness you have given me. I miss you so much. God, I long for you. I dream of you. Your face is constantly in my dreams.” 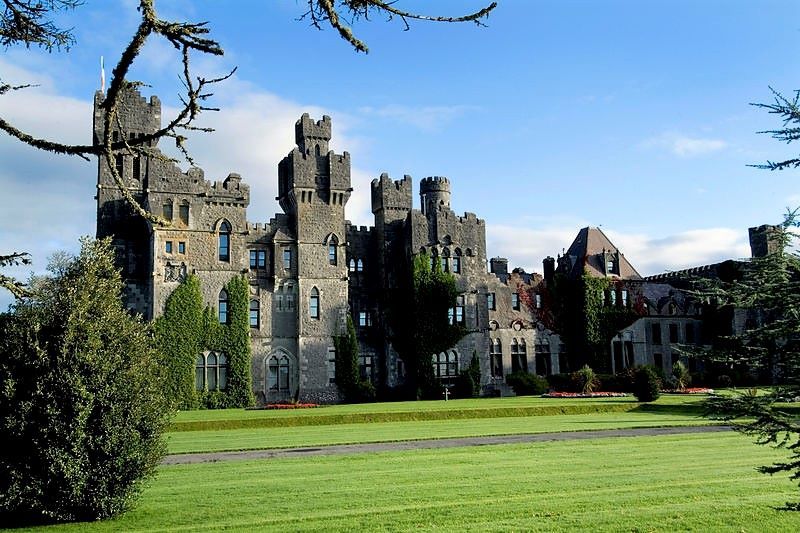 Ford goes on to say he doesn’t like his new maid because she “insists on closing the hall door to the breakfast room so I can’t see your picture smiling mockingly at me - do you not know the picture? It kids me all the time up on the wall making fun of me.”

The director also mentions IRA fighter Ernie O’Malley, who was employed as a consultant during the filming of "The Quiet Man," though there ultimately ended up being very little IRA references. Of O’Malley, Ford wrote: “with us – a great man still suffering from Black and Tan torturing.” 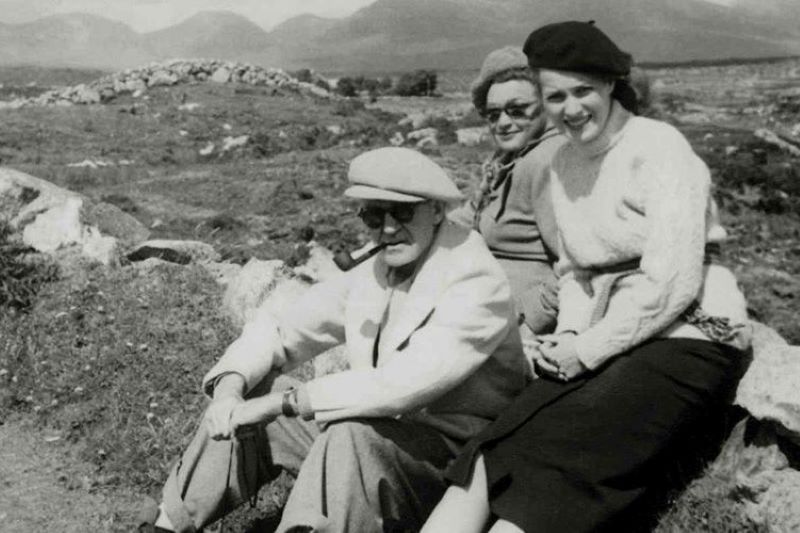 Speaking with The Irish Times about his discovery, O’Hara’s grandson Conor Fitzsimons says: “It’s unique in that there was an unspoken thing that Ford had a crush on her. I think only a few people like John Wayne and herself knew about it.

“He was in love with the look and the person she created. He gave her a look and her name (she was born Maureen Fitzsimons).

“She used to joke that Ford had a schoolboy crush on her, but she said that about a lot of men. I’m grateful that this letter is one of those things that did not get lost or thrown away.”

The Irish Times reports that the newly discovered letter will be put to auction in November by Bonhams. While the letter has no price on it yet, a previous cachet of O’Hara’s letters sold for $75,000 in 2016.

The newly discovered love letter is but one of several from John Ford that has been unearthed since O’Hara’s passing in 2015. O’Hara, born in 1920 Dublin as Maureen Fitzsimons, worked with the Irish American director, born Seán Aloysius O’Feeney, on a number of films throughout her career, including "The Quiet Man" and "How Green Was My Valley."

Though frequent colleagues, the relationship between the pair was often rocky - Ford once punched the Irish starlet in the back of the head at a party.

O'Hara recounted the incident in Adrian Frazer’s book "Hollywood Irish:" “I felt my head snap back and heard the gasps of everyone there."

In 2004, she told The Telegraph that she didn’t punch Ford back because she wanted to prove that she could take a punch.

In that same interview, O’Hara said of "The Quiet Man:" "We look like a real couple, Duke [John Wayne] and I, don't we? John Ford gave both of us the confidence to do our best. But he was living out his fantasy of life through Duke and me. He was Sean [Wayne's character] and I was his ideal woman."

In her 2004 memoir "Tis Herself," O’Hara wrote:  “For years I wondered why John Ford grew to hate me so much. I couldn’t understand what made him say and do so many terrible things to me. I realize now that he didn’t hate me at all. He loved me very much and even thought that he was in love with me.”