Shockingly Maureen O'Hara's only daughter died only a few months after her mother, the Hollywood legend, and star of "Quiet Man." 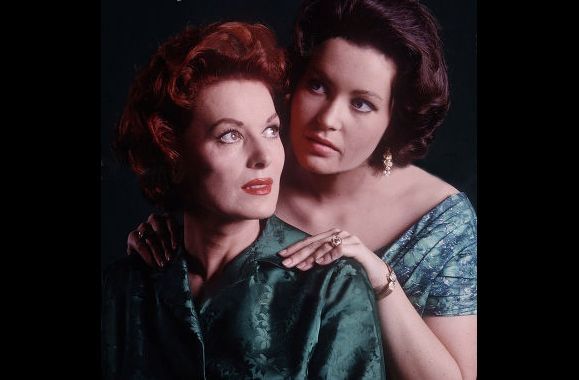 Bronwyn Fitzsimons, an actress herself, died aged 71 on May 25, 2016. Here's what you should know about Maureen O'Hara's daughter.

Bronwyn Fitzsimons is best known to the world as the only child of renowned actress Maureen O’Hara. Born at the tail end of the Second World War in 1944, Bronwyn took her mother’s original maiden name “Fitzsimons” and spent the early years of her life in Los Angeles.

In 1953 her mother divorced her father William Houston Price, the American film director. Reportedly the marriage had been on the rocks for years but O’Hara was mindful of the church’s teachings on divorce.

She followed her parents into the tough and glamorous world of Hollywood but found that she was never able to escape from her mother’s shadow. She was cast in films “Spencer’s Mountain” and “The Ravagers”. She also starred in a number of TV roles.

In 1968 she married and two years later she gave birth to a son, Conor, who would also follow her into the film industry.

In her 40s she was involved in a car accident that plagued her with pain for many years to come.

Brownyn and Maureen in Cork

Her mother purchased a home in Glengarriff, Cork in 1970 and as the years wore on the pair began to spend increasingly longer amounts of time there. The five-bedroom property had 35 acres of grounds attached to it and Bronwyn made a number of friends in the local area - even running a small cafe in the town for a while.

In October 2014 her mother announced she was saying goodbye to Ireland and moving to Idaho where her Conor and his two children had made a life for themselves. It was the beginning of the end for the O’Hara/Fitzsimons clan’s association with West Cork and Maureen passed away the following October.

In May 2016 - barely seven months since her mother’s death - Bronwyn was found dead at the Glengarriff house at the age of 71.