The two men were holding hands as they were walking down Eustace Street and "minding their own business" when a gang of eight men began to laugh at them. 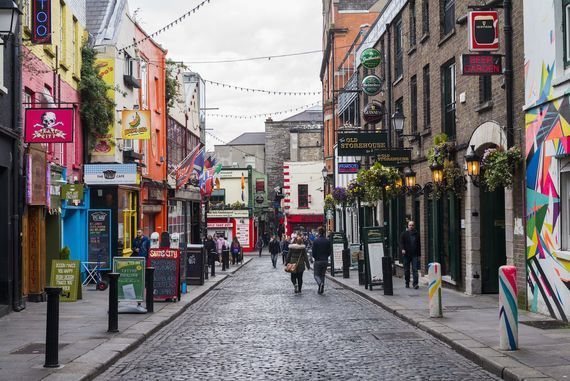 A group of eight men subjected a married couple to homophobic abuse and harassment as they walked through Dublin's Temple Bar on Thursday night.

The two men were holding hands as they were walking down Eustace Street and "minding their own business" when a gang of eight men began to laugh at them.

They told DublinLive that the gang "crawled along" beside them in their cars, "hurling" abuse and recording them on their phones.

When the couple reached the Millennium Bridge on the River Liffey, the gang got out of their cars and "squared up" to the two men, the couple said.

One of the men subjected to the abuse, who wished to remain anonymous said on Twitter that the gang "threatened" to go after their parents.

The couple told DublinLive that the men issued threats such as "we have yous on camera" and "we will go after your family".

They added that the gang "ran back to their cars" when they informed them that they had rung An Garda Síochána.

One of the men said on Twitter that more than 50 witnesses "stood and just listened while we were abused".

He said he lay awake all night after the incident "playing the whole situation" in his head. He added that they were "lucky" not to be hurt during the incident.

"Honestly what is so triggering to straight lads about a married couple holding hands and laughing to each other," the man wrote.

IrishCentral has reached out to An Garda Síochána for comment.