Margaret Brennan named as host of "Face the Nation"

Margaret Brennan has been named the next moderator of CBS’s “Face the Nation.” Says Irish dancing was a key to her work ethic. 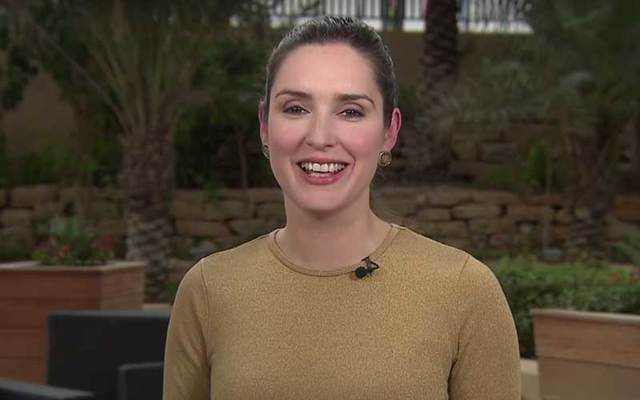 Margaret Brennan is the new moderator of CBS's "Face the Nation." YouTube/FaceTheNation

Margaret Brennan has been named the next moderator of CBS’s “Face the Nation.” Says Irish dancing was a key to her work ethic.

A White House and senior foreign affairs correspondent for CBS News, the 37-year-old has hosted the show once before and appeared on it a number of times. She will make her debut on “Face the Nation” this Sunday, replacing John Dickerson, who left the show in January after less than three years to replace Charlie Rose on “CBS This Morning.”

Along with competitors such as NBC's "Meet the Press," ABC's "This Week," "Fox News Sunday," and CNN's "State of the Union,” CBS’s “Face the Nation” features interviews with key political figures.

The new role will make her the only woman currently serving as a sole anchor of a major Sunday political show. She is the tenth journalist to hold the position, but not the first female host. (Lesley Stahl hosted the show from 1983 to 1991.)

She is a frequent attendee at Irish events and has frequently interviewed leading Irish figures, She was named to Irish America Magazine's Business 100 list on several occasions.

In  2009,  she said she "learned drive and dedication" from being a competitive Irish step dancer.

Brennan grew up in Danbury, Conn., and studied foreign affairs an the Middle East at the University of Virginia. Her first job in journalism was an internship at CNN in Atlanta. She worked as a financial journalist at Bloomberg Television and as a correspondent at CNBC before joining CBS News in 2012. She will continue as CBS News’ senior foreign affairs correspondent while the host of “Face the Nation.”

David Rhodes, the president of CBS News said: “A lot of people in Washington have covered politics; not as many people have covered Trump. Margaret has a curiosity about foreign affairs, but also politics and the Trump administration, and even business and finance, that gives her a really wide range.”

Brennan told The New York Times that she hoped the show would offer a modicum of civility in a volatile political climate.

“Sometimes it’s overwhelming for viewers, because there is such an unrelenting news cycle right now,” Ms. Brennan said. “This is a place where we need to have some perspective, have a civil conversation and take a step back.”