Seema Banu and her two children Asfira Riza, 11, and Faizan Syed, 6, were found dead in their Ballinteer home on October 28. 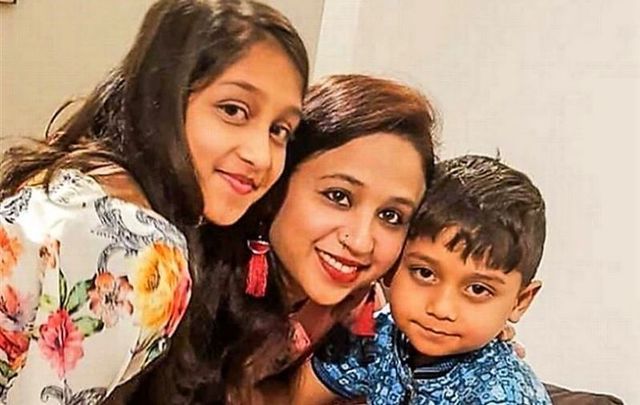 Gardaí are questioning a man in his 30s in connection with the murder of a mother and two children who were found dead in their Dublin home in October.

The man was reportedly known to 37-year-old victim Seema Banu and has been a person of interest to gardaí since the three bodies were found at the end of October.

The suspect was arrested early on Saturday and taken to Dundrum Garda Station for questioning and was still in custody late on Saturday night. He can be detained for up to 24 hours without charge and can be held for even longer if there are breaks between interviews.

An investigation into the murder of Seema Banu and her two children Asfira Riza, 11, and Faizan Syed, 6, were found dead in their Ballinteer home on October 28.

Their bodies were found after residents in the Llewellyn Court estate became concerned when the family hadn't been seen in several days and alerted the gardaí.

Armed gardaí forced their way inside the house and found the 37-year-old mother dead in one room with ligature marks around her neck before finding her two children dead in another room.

Gardaí confirmed that the two children were strangled using ligatures, while it was reported that a tap had been left running in the house and that the three victims had been dead for several days.

Sameer Syed, the children's father and Banu's husband, was not at home at the time.

Gardaí immediately opened a murder investigation and circulated a photograph of a suspect who was known to the mother and her two children in garda stations around the country.

In a statement on Saturday, gardaí confirmed that a man had been arrested in connection with the murders.

"Gardai investigating the murder of a female adult and two children at a domestic dwelling at Llywellen Court, Ballinteer on 28 October 2020 have today, Saturday 28 November 2020, arrested a male in his 30s," the statement read.

“He is currently being detained under the provisions of Section 4 of the Criminal Justice Act, 1984 at Dundrum Garda Station. Investigations are ongoing."

There were no further updates on Sunday morning.