Mother and children found dead in Dublin estate were strangled

Seema Banu and her two children were found dead in a gruesome murder in Dublin on Wednesday. 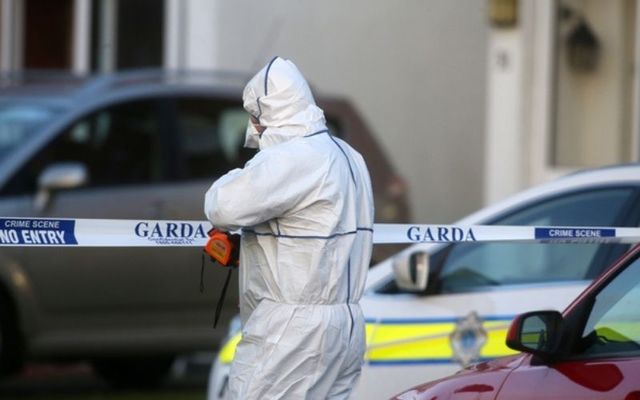 Gardaí investigate the murder of Seema Banu and her two children in Ballinteer. Rolling News

A young mother and two children who were found murdered in their Dublin home on Wednesday were "strangled to death", according to several reports.

Seema Banu was found dead in the Llewellyn estate, Ballinteer in South Dublin on Wednesday afternoon alongside her 11-year-old daughter Affira and her six-year-old son Fazan.

Seema Banu's cause of death has not yet been determined, according to the Irish Times, but gardaí are not ruling out foul play.

The Irish Times additionally reports that gardaí found a note and a ligature on Seema Banu's remains.

Dublin Live, meanwhile, reports that Banu was also strangled in the attack, quoting "senior sources" that claimed that the murdered had "choked the life" out of the young mother.

Neighbors called the gardaí to the scene after they became concerned for the family's safety as they had not seen them for several days and the blinds remained drawn and the three victims had been dead for days by the time they were found on Wednesday, according to several reports.

The property was also flooded by a tap that had been left running.

Banu, who emigrated from India to Ireland many years ago, was the victim of a serious assault earlier this year that resulted in her losing consciousness.

A male suspect had been identified in the attack and was due to go on trial next April, while Seema Banu had told authorities that she feared for her family's safety in the aftermath of the attack.

The mother and two children who were found dead in South Dublin yesterday have been named. 37 year old Seema Banu, her 11 year old daugther Asfira Syed and her 6 year old son Faizan Syed. The family moved here from the Bagalore or Mysore region of India in recent years @rtenews pic.twitter.com/2yCNEME5lE

Meanwhile, gardaí later contacted Seema Banu's husband, who is also the father of the two children. The man has been speaking to the team leading the murder investigation alongside a legal representative.

No arrests have been made and Superintendent Paul Reidy of Blackrock Garda Station said that gardaí are awaiting the results of postmortems on the three victims.

Gardaí have identified a man known to Seema Banu as a suspect in the murders and circulated his photograph to local Garda stations, according to Dublin Live.

The gruesome murders have been met with shock and revulsion in the local community and around 200 residents of the Llewellyn estate gathered on Wednesday night to hold a candlelit vigil for the murdered family.

The residents left candles under the largest tree on a green in the estate and paid their respects to the mother and two children.