Joe McKane jumped into the River Foyle on Wednesday evening to save a complete stranger. 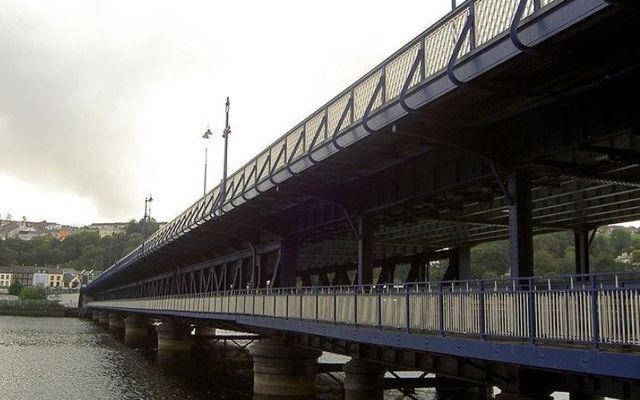 The man entered the River Foyle from the Craigavon Bridge on Wednesday. Wikimedia Commons

A Derry man heroically risked his life by leaping into the dangerous River Foyle and rescuing a complete stranger from drowning.

Joe McKane was out walking with his wife in Derry City on Wednesday evening when a woman alerted them to a man struggling to stay afloat in the fast-flowing river.

The man appeared to have entered the water from the Craigavon Bridge and McKane told the Derry Journal that he observed the man in visible distress.

He said he talked to the man from the land and told him that everything would be alright before making the brave decision to jump into the water and go to the man's aid.

McKane told the Derry Journal that the man was caught in the river's current and was struggling to keep his head above water.

McKane swam to the man with a lifebuoy but said that the man slipped underwater just as he approached him.

Luckily, the man was able to reach the surface again and McKane was able to support him with the aid of the buoy.

A bystander on the riverbank then pulled the rope attached to the buoy and dragged the two men back to shore.

Emergency services arrived just as they reached the bank and the fire service lowered a ladder so they could climb safely out of the water.

The man remained in distress but thanked McKane for saving his life as he was taken to a nearby hospital by ambulance.

This isn't the first time that McKane has saved someone from the River Foyle. A number of years ago he also rescued a stranger from the river around two miles from where he made Wednesday's rescue.

The Derry man played down his heroic acts, saying that the narrative should instead focus on the mental health issues that cause people to enter the river.

"This story should be about making sure people get the mental health help and support they need," McKane told the Derry Journal.