A man was arrested on April 17 after he carried cans of gasoline into New York City's St. Patrick's Cathedral 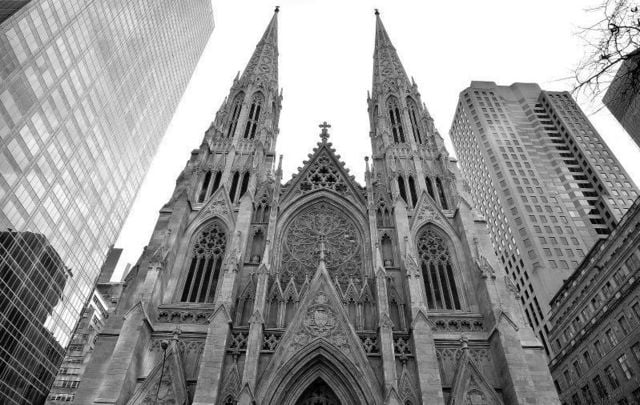 A man was arrested after he carried cans of gasoline into NYC's St. Patrick's Cathedral on April 17. Getty Images

Just days after the Notre Dame Cathedral blaze, a man was arrested for carrying cans of gasoline into St. Patrick's Cathedral

A man has been arrested for bringing cans of gasoline, lighter fluid, and lighters into St. Patrick’s Cathedral in New York City only two days after the Notre Dame Cathedral blaze in Paris, France.

Read More: In praise of the Paris firefighters who saved Notre Dame

The Guardian reports that the unnamed suspect, reportedly a 37-year-old male from New Jersey, was arrested by the NYPD [New York Police Department] on Wednesday evening after he was discovered to be carrying two cans of gasoline, lighter fluid, and butane lighters.

Around 7:55pm, a man walked into St. Patrick’s Cathedral in Manhattan with gas cans and lighter fluid, and was subsequently apprehended by @NYPDCT without incident. We thank our partners for their help, and remember - if you see something, say something. pic.twitter.com/qEbmklnqzQ

During a press conference on Wednesday night, John Miller, the NYPD deputy commissioner of intelligence and counter-terrorism, said: “As he [the suspect] enters the cathedral he’s confronted by a cathedral security officer who asks him where he’s going and informs him he can’t proceed into the cathedral carrying these things,” said Miller.

“At that point, some gasoline apparently spills out on to the floor as he’s turned around.

“His basic story was he was cutting through the cathedral to get to Madison Avenue. That his car had run out of gas,” Miller said.

“We took a look at the vehicle. It was not out of gas and at that point he was taken into custody.

“It’s hard to say exactly what his intentions were, but I think the totality of circumstances of an individual walking into an iconic location like St Patrick’s Cathedral carrying over four gallons of gasoline, two bottles of lighter fluid and lighters is something that we would have great concern over,” Miller added.

Kevin Donohue, director of building operations at St. Patrick's Cathedral, told CNN: "This gentleman walked in the door, and he caught the eye right away, and he was confronted.”

"Upon questioning him, his explanation for being in the area wasn't legit, and he was taken into custody," Donohue said. 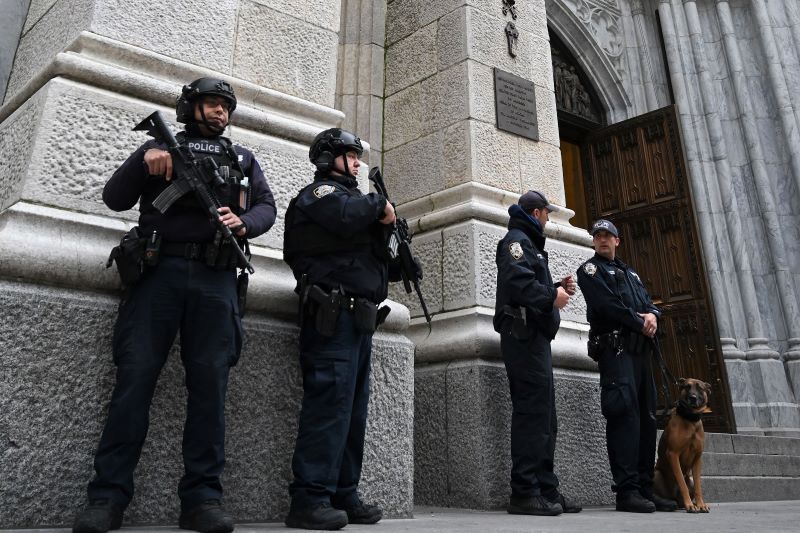 Following the incident, Cardinal Timothy Dolan told CNN: "Our people were suspicious, walked the man out, immediately called the police department. They apprehended him, and now he's secure. So the system works.

"Does that mean it's fail-safe? No, but that's why we come to church: to pray for God's protection."