Man arrested in connection with murder of Dublin teenager

Josh Dunne was stabbed to death in a brutal knife attack in East Wall on Tuesday night. 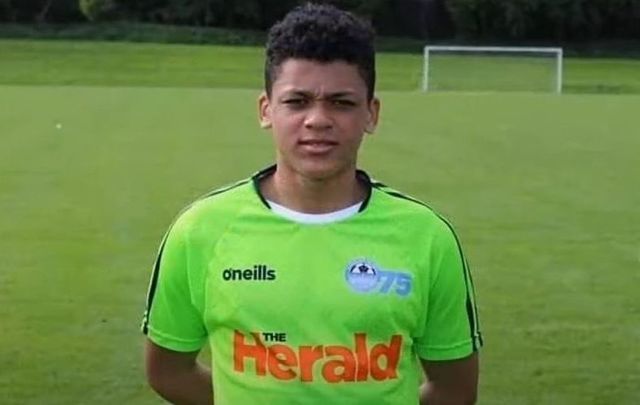 Around 800 people gathered in Ballymun on Thursday to pay tribute to Josh Dunne. YouTube

Gardaí have arrested a man in connection with the murder of 16-year-old Josh Dunne, who was stabbed to death in Dublin City on Tuesday night.

The man was arrested in Dublin on Thursday and taken to Store Street Garda Station where he can be detained for up to 24 hours.

The suspect, a Brazilian national, is being held under Section 4 of the Criminal Justice Act.

Earlier on Thursday, gardaí visited several homes in the capital seeking to speak with persons of interest as they continued to search for the knife used in Tuesday night's attack.

Gardaí are also urging anyone who may have witnessed the fatal stabbing in East Wall at 9:20 p.m. on Tuesday to come forward.

A 23-year-old man and a 16-year-old boy were also injured in the attack but have since been discharged from hospital.

Gardaí believe that Josh and his 16-year-old friend tried to break up a row between two delivery workers and a man who had stolen a bike in the East Wall area.

The two teens were rushed to the Mater Hospital and Josh was pronounced dead later on Tuesday night.

Meanwhile, about 800 people gathered at Coultry Park in Ballymun on Thursday to pay tribute to the 16-year-old victim. Josh's teammates from St. Kevin's Boys soccer club were visibly overcome with grief as hundreds of black and orange balloons were released into the air. 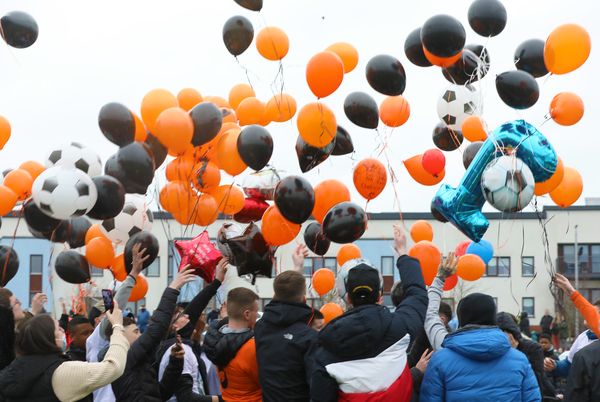 His family also released a statement on Thursday evening describing the 16-year-old as a "happy and talented boy" who had a "promising career ahead of him on the football pitch". His family previously said that they will remember him as "a caring and amazing boy, a dreamer and a doer."

Gerard Reddy, Josh Dunne's coach at St. Kevin's, also said that Josh had a promising career ahead of him and said that his teammates were devastated by his loss.

"There definitely was a path for him somewhere, whether it was as a player in the League of Ireland or playing in England or Scotland, that was where he was going to end up because he had that much talent, that much pace, and the proper attitude," Reddy told RTÉ News on Thursday.