Josh Dunne, 16, died on January 26 after being involved in a stabbing incident in East Wall, Dublin. 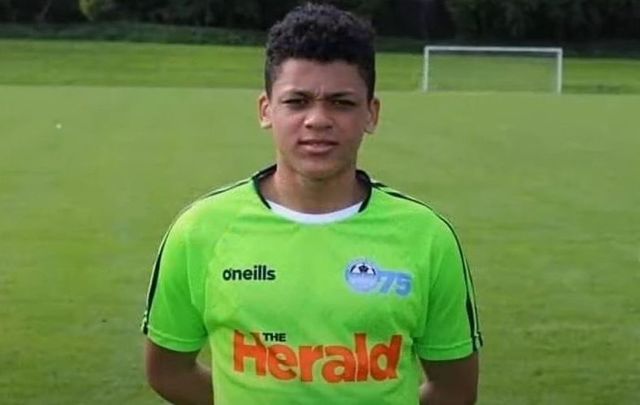 The family of Josh Dunne, the 16-year-old who was killed during a stabbing incident in Dublin on January 26, is remembering the late teen fondly.

“Josh was an amazing, happy and talented boy who was tragically taken from our lives at just 16 years old," the Dunne family said in a statement on Thrusday.

"Josh’s smile lit up every room he walked into and he had a promising career ahead of him on the football pitch.

“We would like to thank the public for their kind messages of support and the community of Ballymun who have rallied around to support us at this sad time.

“We will always remember our Josh as a happy, caring, and amazing boy. A dreamer and a do-er.”

Friends and family of the late teenager came together on Thursday afternoon in Ballymun, Dublin for a balloon release in his memory.

Balloons released in Ballymun this afternoon in memory of 16 year-old Josh Dunne. His family in a statement have said " Josh was an amazing, happy, talented boy who was tragically taken from our lives at just 16 years old"#vmnews pic.twitter.com/IHMdwdltob

A GoFundMe launched to help provide assistance to the family for funeral expenses has so far raised more than €28k, far surpassing the initial goal of €2k.

Dunne is remembered as a talented soccer player who many, including his trainers, believed would go professional in the future. 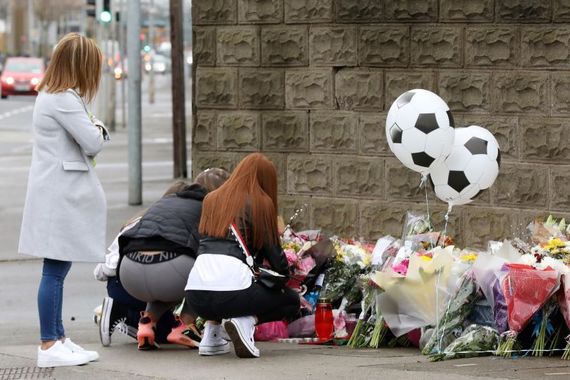 Jan 28, 2021: tributes left at the scene on East Wall Road where teenager Josh Dunne was fatally stabbed on January 26. (RollingNews.ie)

Gardaí said in a statement: "Gardaí in Store Street have this evening Thursday, January 28, 2021, arrested a man in relation to the fatal stabbing incident that occurred on East Wall Road, at the junction with East Road, East Wall, Dublin 3 on Tuesday, January 26, 2021.

"He is currently detained under Section 4 of the Criminal Justice Act, 1984 at Store Street Garda station on suspicion of murder.

On January 26, gardaí and emergency services attended to the scene on East Road in East Wall, Dublin after receiving a report of a "public order incident" at about 9:20 pm.

It is understood that Dunne attempted to break up the fight.