Gardaí at Store Street Garda Station at continuing to investigate the fatal stabbing incident that occurred in East Wall, Dublin on January 26. 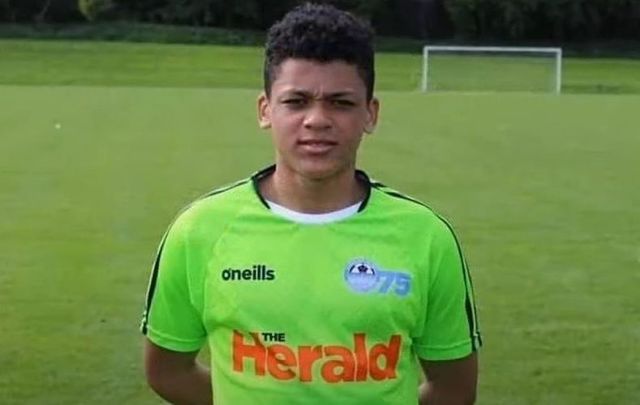 One teenage boy has died while an adult and another teenager are receiving medical attention following a serious incident in East Wall, Dublin on January 26.

Gardaí and emergency services attended to the scene on East Road in East Wall, Dublin after receiving a report of a "public order incident" at about 9:20 pm on January 26.

A post-mortem is set to be carried out on the deceased juvenile male today, January 27. A family liaison officer has been assigned to his family.

Several Irish media outlets have named the deceased teenager as 16-year-old Josh Dunne, who lived in Ballymun and was a student at Larkin Community College. It is understood that Dunne was attempting to stop the fight that had broken out.

Tributes are pouring in for the 16-year-old who was a talented soccer player.

The Dublin-based Bohemian Football Club said they were "devastated" to learn of Dunne's passing:

This is a difficult time for Josh’s former team-mates. The loss of someone so young in such circumstances is hard to comprehend.

We encourage them, or their parents on their behalf, to seek help if they are struggling. We'll do all we can to support our players, past or present.

St. Kevin’s Boys Football Club, where Dunne was a player, extended their condolences:

It is with great sadness that the club has learned of the sudden and untimely death of one of our players Josh Dunne last night. On speaking to Josh's Manager’s Mark, Gerry, Peter and all the lads from his team they are all devastated to hear the sad news." pic.twitter.com/VQwS1wVgXs

At this sad time our thoughts and prayers are with his immediate family, extended relations, and friends.
Rest in peace Josh.

Tolka Rovers Football Club said it was a "privilege" to have Dunne play for them:

We are deeply saddened to hear the tragic news of Josh Dunne. It was a privilege to have him play for Tolka Rovers FC and to watch him play football under the guidance of Coco, Kev and James.
Our thoughts are with his family and friends at this very sad time.
Rest in Peace Josh pic.twitter.com/NSkUvzMiYZs

Dundee United Football Club Academy, where Dunne trialled in 2019, said the teenager was "deeply respected" throughout the club:

We are deeply saddened to hear of the tragic passing of Josh Dunne.

Josh was a trialist with our Foyle Cup & Super Cup squads in 2019 where he was warmly welcomed & respected by players & staff.

Our thoughts & best wishes are with his family & friends ? pic.twitter.com/1EycuqskDE

Local TD Gary Gannon, who shared a video compiled by one of Dunne's friends, said "There needs to be action taken to confront the scourge of violence amongst young men that has led to this tragedy."

There needs to be action taken to confront the scourge of violence amongst young men that has led to this tragedy but today, our deepest sympathies are extended to Josh’s friends and family.