Adrian Murphy's killer Joel Osei has been sentenced to life in prison for murdering the former Irish dance champion in London in 2019. 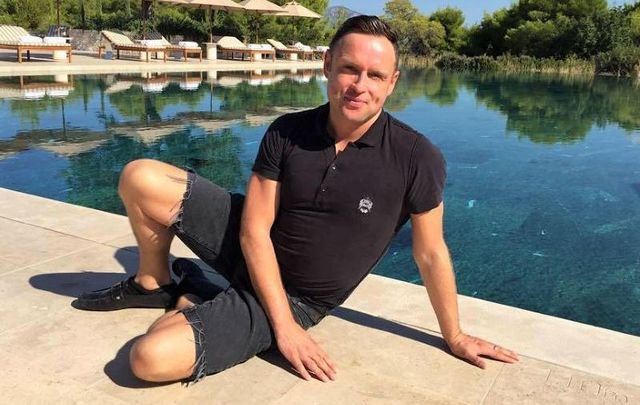 Joel Osei, 26, has been sentenced to life in prison with a minimum term of 32 years imprisonment after he was found guilty of poisoning and killing Irish man Adrian Murphy, 43, in London in June 2019.

Murphy, a native of Co Kilkenny in Ireland and a champion Irish dancer, was found dead on June 4, 2019, in an apartment in Battersea in London where he had been staying. It is believed he died on June 1, 2019.

A post-mortem examination revealed “high levels of scopolamine" present in Murphy’s system, which the pathologist deemed directly attributable to his death. Scopolamine was also detected in an empty drink can discarded in the flat where Murphy’s body was found.

Murphy, a seven-time All-Ireland Irish dancing champion, produced and choreographed numerous Irish dance shows, such as the Celtic Dance Force, Feet of Fire, and FireDance The Show. He also taught, worked on holiday programs, hosted dance classes, and offered workshops and masterclasses in Ireland, the UK, Europe, Australia, New Zealand, and the US.

Murphy was laid to rest in his native Co Kilkenny besides his parents on July 17, 2019.

According to Metropolitan Police, Osei targeted and arranged to meet the victims through a social networking app. However, on meeting them, he drugged his victims with scopolamine, also known as ‘the Devil’s Breath’, rendering them unconscious and stole their belongings. He then handed the stolen property to his then-girlfriend, 19-year-old Diana Cristea, for her to sell online.

CCTV footage from where Murphy was staying showed that at 10:20 pm on June 1, 2019, Osei exited an elevator and walked towards the property where Murphy was waiting for him. He was then captured leaving the building at 12:05 am on June 2, 2019, carrying a designer holdall – which later transpired to be full of items stolen from Murphy.

Police later discovered that on June 2, 2019, Cristea’s phone was used to take photographs of the items and post them for sale online. They also used one of Murphy’s cards to spend almost $3,000 on computer software. On the same day, a PayPal account was created in Murph’s name but registered to Cristea’s former address in Tottenham. An attempt was then made to purchase $80,000 worth of goods from a diamond jeweler in New York.

The jury heard during the trial that on June 19, 2019, Cristea called police to report that Osei killed Murphy by drugging him and then stole his personal belongings.

During the cross-examination of Osei, the court heard that he was found to be passing notes to Cristea in the dock. At this point, Osei pleaded guilty to a number of the offenses he was accused of committing.

On October 23, 2020, Osei was found guilty of murder and administering a poison or noxious substance so as to endanger a life following a trial at Croydon Crown Court in London.

His co-defendant Cristea was found guilty of murder, administering a poison or noxious substance so as to endanger life, two counts of theft, and eight counts of fraud. She previously pleaded guilty to two counts of handling stolen goods and one count of fraud. She will be sentenced at a date still to be confirmed.

When the guilty verdict was reached in October, Murphy's brother Robert paid an emotional tribute: "Adrian brought the love and art of dance to thousands of young people all over the world.

"He made so many loyal friends who are so sad at his untimely passing as he was an inspirational Irishman, who was a gifted dancer and choreographer.

"He was also very funny and made everyone laugh at his hilarious stories. He had the gift of bringing people together.

"Our family is heartbroken that Adrian is no longer with us."

In the wake of the sentencing of Osei and Cristea, Detective Chief Inspector Robert Pack, the senior investigating officer, said: “This has been a protracted and complex investigation made more so by the fact it was the first time scopolamine had featured in a UK murder.

“I welcome today’s sentence and the obvious gravity that the court placed on these offences in determining the minimum tariff to be served. The murder has caused devastation to a family and although nothing can bring Adrian back, I sincerely hope that his family feel that justice has been served.

“Osei targeted his victims on a social networking app with the intention of stupefying them with a powerful drug and stealing their valuables in order to make money quickly. During the trial, he went to great lengths to outline a set of elaborate lies in an attempt to prove he was innocent, before finally admitting to the offences.

“He selected this method with the belief that victims would be unlikely to contact police due to the intimate and personal nature of the meetings. Fortunately, the first victim survived the poisoning and played a significant part in identifying Osei and I am grateful for his assistance on the investigation and commend the great strength he has shown throughout.

“If anyone has been a victim of a similar offence and has not reported it to police, I would strongly urge them to do so as soon as possible. You will be listened to by specialist officers and provided dedicated support to help you through the process.

“Anyone that may have suffered from similar circumstances should be confident in getting the assistance and support that is available to them.”