Adrian Murphy was found dead in his London apartment in June 2019. 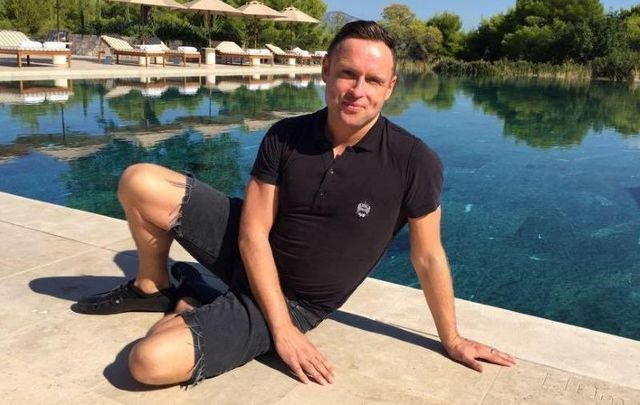 Adrian Murphy was found dead with traces of devil's breath in his system. Facebook

A young couple has been found guilty of an Irish dancing champion in London last year.

Joel Osei, 25, and his girlfriend Diana Cristea, 19, were found guilty of the murder of Adrian Murphy, a 43-year-old Irish dancer who was found dead in his Battersea flat with traces of scopalamine - or "devil's breath - in his system.

Osei and Cristea were both arrested last year after they used fake profiles to contact Murphy on gay dating app Grindr, before poisoning with devil's breath on June 4, 2019.

The Croydon Crown Court heard how Osei gave Murphy a soft drink containing the drug and then tried to buy $80,000 worth of diamonds from a New York jeweller with Murphy's credit card with his accomplice Cristea.

A can of coke containing traces of devil's breath was also found near Murphy's body.

Osei was seen on CCTV walking towards Murphy's apartment and then leaving it two hours later with a handful of stolen goods. He called and messaged Cristea23 times over the two-hour period and handed her her a haul including a laptop, phone, bank cards, a designer handbag, and a wallet.

The couple had been targeting gay men on Grindr by luring them to meet Osei, intending to drug and rob them in the hope that they would be too embarrassed to go to the police.

Days before Murphy was murdered, paramedics attended to a 40-year-old man from Walthamstow, east London, who was also targeted by the couple but survived the attack.

The court was told that the second man was found "virtually naked" and "talking gibberish" by paramedics after he was drugged with devil's breath.

The drug is reportedly popular among robbers and rapists in Colombia who use it to incapacitate their victims, the court heard.

Both Osei and Cristea were found guilty of the murder charge in addition to two counts of theft, eight counts of fraud, and one count of administering a poison or noxious substance so as to endanger life.

DCI Robert Pack told the court: "In a callous and calculated plan to make what he saw as easy money, Osei engaged with his victims on a social networking app with the intention of stupefying them with a powerful drug and stealing their valuables.

"Osei’s indiscriminate use of a drug he knew to be dangerous led to the tragic death of Adrian Murphy. Although scopolamine is known to be commonly used in other parts of the world to facilitate crimes, we believe this is the first scopolamine-related homicide in the UK."

Murphy's brother Robert paid an emotional tribute to the murder Irishman after the verdict was delivered.

"Adrian brought the love and art of dance to thousands of young people all over the world.

"He made so many loyal friends who are so sad at his untimely passing as he was an inspirational Irishman, who was a gifted dancer and choreographer.

"He was also very funny and made everyone laugh at his hilarious stories. He had the gift of bringing people together.

"Our family is heartbroken that Adrian is no longer with us."