Lord of the Dance's Michael Flatley tells all on cancer scare

Flatley was speaking to ITV's Loose Women on Thursday and said that doctors would have been powerless to treat a growth on his face if he left it for just a few more weeks. 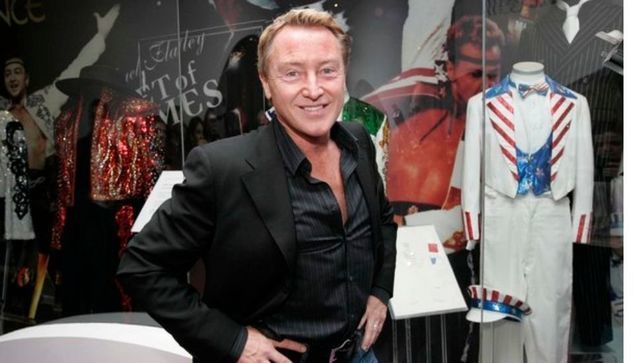 Lord of the Dance creator Michael Flatley has revealed that he narrowly avoided incurable cancer thanks to his secretary, who spotted a mark on his face just before he was set to jet off on a trip to Barbados in 2003.

Flatley was speaking to ITV's Loose Women on Thursday and said that doctors would have been powerless to treat the cancer if he left it for just a few more weeks.

Flatley confirmed six years ago that he was diagnosed with a malignant melanoma in 2003. He made a swift recovery thanks to the instant treatment that he received but said that his prognosis could have been far worse if he didn't act quickly.

"It's a sad reality. I don't know how I didn't notice it," Flatley told Loose Women. "I had a big mark on the side of my face and my secretary Thomas was watching the interview that I was doing and said boss don't you think you should check that out?

"I had no intention, I was in Vegas but we flew to LA the next day and he made an appointment and I went in to get it checked out, I was flying to Barbados the next morning."

Flatley said that his doctor called and told him to see him immediately, telling the famous Irish dancer that he couldn't afford to wait two weeks and that he needed to come in "right now".

"That gets you thinking. So I went in to see him and he explained that he had to take this piece out of my face and if I had let it go a few more weeks there would have been nothing that he could do for me.

"I can tell you when you're lying on that bed staring up at that white ceiling with an uncertain future, it's a very, very scary place to be."

Flatley said that the experience dramatically changed his outlook on life, making him rethink his priorities and pushing him to achieve more with his dance tours and films.