They married, lived together in Dublin, and had a daughter, but separated after a move to London. 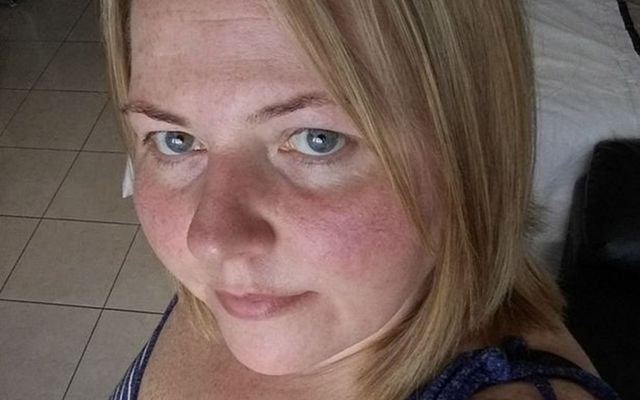 The wife of London attacker Rachid Redouane has spoken out for the first time, admitting that she has “shed many tears”.

Charisse O’Leary married and lived for a time with her husband in Dublin but they have been separated for six months now.

"I am deeply shocked, saddened and numbed by the actions of my ex-partner who has killed and injured so many innocent people,” she told the Press Association.

She added that she has, "shed many tears for the people caught up in this horrific incident".

"We have a beautiful young daughter, that for the last six months has been our only bond and reason for contact. My thoughts and efforts now are with trying to bring up my daughter with the knowledge that someday I will have to try and explain to her why her father did what he did.

"I wish to make it absolutely clear, so there can be no doubt, I condemn his actions and do not support the beliefs he held that led to him committing this atrocity. My heartfelt thoughts go out to all those murdered or injured in the events of 3rd June 2017.”

Redouane was reportedly denied the right of asylum in Britain but was granted residency in the EU following his marriage in November 2012 to O’Leary.

Originally the couple did not meet the income threshold required to sponsor a foreign spouse for a British visa.

Instead they moved to Ireland where the current rules allow any husband or wife of any EU citizen to live in the country. After a period of time living in Ireland Redouane was then automatically able to live at will across the 28 member state bloc.

London Bridge terrorist Rachid Redouane was a maniac who beat his wife and locked her in if she drank https://t.co/ZnvxZEI0ry pic.twitter.com/UKWeGIBVuO

“His aim was always to get back to the UK – that’s why he had an Irish Residence card,” a friend of the O’Leary told the Mirror. “She didn’t earn enough money to bring him to the UK on a spouse visa. So he went the Irish route and [then] moved to England under EU free movement rules.”

They lived first in Grosvenor Square in Rathmines before moving to a bedsit in Cabra where Redouane was described as a “grand tenant”.

Landlady Jacqueline Stears told the Irish Mirror, “He was there for seven months with his wife. I am absolutely dumbfounded and shocked.

“He was there for seven months with his wife. I think she was Scottish. Then they left, they paid their deposit back and they were gone again. Apparently they moved out because she was pregnant. They were going back to Scotland or England.”

Police have named 2 attackers. Khuram Butt and Rachid Redouane. Butt was known to MI5 and police. Investigated in 2015

Stears has since handed over all documentation relating to the couple to the gardaí (Irish police) in an effort to help build a clearer picture about his life in Ireland.

The couple had a daughter 17 months ago but separated after the relationship became increasingly violent.

O’Leary never converted to Islam but told friends Redouane would beat her for not wearing a hijab and drinking alcohol.

“She’s blonde, a typical Western girl,” a friend said. “If she would drink a glass of wine he would throw the bottle at the wall. She was scared, really scared. It was harsh domestic violence.”

Woman who married #LondonBridge killer Rachid Redouane in Dublin condemns his actions - 'I have shed many tears' https://t.co/8RNOj7Gr7b pic.twitter.com/Sqeznyzdp3

“We’d try to arrange to meet for coffee but she would call and say, ‘I can’t’. It would either be, ‘he’s slapped me in the middle of the street today’ or ‘he’s kicked me’ or ‘he will not let me out the house’.“He did not want her to drink or smoke – he wanted her to wear a hijab, he wanted a traditional Muslim wife, and Charisse was not that.”

Following the attack O’Leary was arrested in her East London home but has since been released without charge.

British Wife who got London Bridge Terrorist Rachid Redouane into UK by the 'Back Door' says she's 'Shocked'!https://t.co/BSzw9uUg7n pic.twitter.com/HSCXvUpNQt