The sentencing of Irish woman Lisa Smith, who was found guilty of membership of a terrorist organization, has been postponed until July 22. 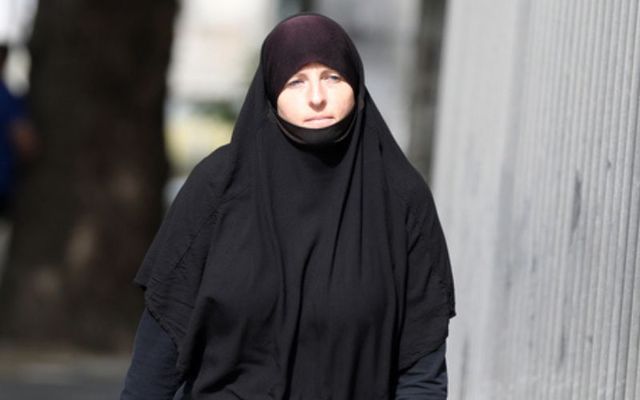 Lisa Smith arrives at the Central Criminal Courts in Dublin to be sentenced. Rolling News

Lisa Smith,  a former member of the Irish Defence Forces who has been convicted of joining the Islamic State, could be sentenced to up to eight years in prison, the maximum sentence for the offense of membership in a terrorist organization.

Smith was present for a sentencing hearing in Dublin today, July 11, but Justice Tony Hunt has adjourned her sentencing until July 22. Smith remains free on bail but is subject to a 13-hour daily curfew.

In court on Monday, Smith's lawyers argued that the Irish woman already served a custodial sentence in Syria when she was held in the Al-Hawl and Ain Issa camps while she waited to be sent home to Ireland.

"The conditions in that camp were absolutely appalling and must have been extremely frightening for anybody, particularly a mother with a small child," Michael O'Higgins SC for Smith said, according to the Irish Examiner.

In 2015, Smith, a native of Dundalk in Co Louth, traveled to Syria and allegedly joined the Islamic State. She was later captured by US forces in 2019.

Smith was the first person in Ireland to be prosecuted for membership of a terrorist group acting outside the state.

Under the Offences Against the State Acts, Smith faces a maximum of eight years in prison and an unlimited fine. The maximum sentence for joining an unlawful organization was increased from seven years in 2005 as part of anti-terrorism legislation.

The Irish Times reports that the fact that Smith has a young daughter will lessen the term of potential imprisonment.

The fact that there is no evidence that she took part in terrorist activities will also significantly lessen her sentence, with the Irish Times reporting that she will receive substantially less than the maximum terms.

However, Smith will not benefit from the typical leniency awarded to those who plead guilty because she denied all allegations of criminality throughout the trial.

Announcing the guilty verdict in May, Justice Tony Hunt said the prosecution had established beyond all reasonable doubt that Smith traveled to Syria with her "eyes wide open" and pledged allegiance to the Islamic State led by terrorist leader Abu Bakr al-Baghdadi.

He added that there was no "benign" reason for her journey and said her reasons for going to Syria were "grounded in allegiance to or agreement with the views espoused by Abu Bakr al-Baghdadi".

Justice Hunt rejected claims that Smith was unaware of what ISIS was doing and added that Smith was "fully aware" that she was not just "adhering to life under Sharia Law".

Irish heatwave to continue with temperatures set to soar to 29C