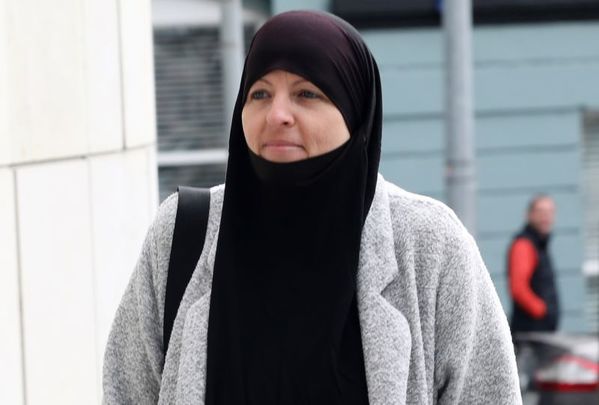 May 30, 2022: Lisa Smith arrives at the Criminal Courts of Justice in Dublin for her trial. RollingNews.ie

Lisa Smith, a former member of the Irish Defence Forces, has been found guilty of membership of terrorist organization ISIS, but not guilty of financing terrorism.

Dublin Special Criminal Court found that €800 which Smith, 40, sent via Western Union was most likely forwarded for charitable or humanitarian considerations and not to finance terrorism.

But the non-jury court of three judges ruled the prosecution had established beyond reasonable doubt that, on ISIS membership, Smith traveled to Syria “with her eyes open” and pledged allegiance to the organization led by terrorist leader Abu Bakr al-Baghdadi.

Al-Baghdadi led ISIS from April 2013 until his death when he detonated a suicide vest in Syria in October 2019. He was internationally branded as a commander of atrocities and human rights violations, including sex slavery and systematic executions.

Smith, an Islamic convert, traveled to Syria after al-Baghdadi called on Muslims to travel to the Islamic State.

She left the Irish Army in 2011 and later traveled to Syria where she married a British man who took part in armed patrols for the terror group. She was deported with her two-year-old daughter after the fall of ISIS in 2019 and arrested at Dublin Airport.

When Smith was a soldier in the Irish Air Corps, she sometimes accompanied ministers and former President Mary McAleese on the government jet.

Presiding judge Justice Tony Hunt said the belief that adherence to Islam compelled travel to the Islamic State caliphate was confined to supporters of al-Baghdadi and was very far from being accepted by Muslims generally who were repelled by the violent and intolerant nature of the group.

The judge said the primary and most significant aspect of the circumstantial evidence against Smith was her travel to Syria in October 2015. Context was everything and the court took into account prior matters and subsequent events.

He said Smith did not make her decisions as a result of being under pressure from anyone else. Before she traveled to Syria she conducted extensive relevant research and inquiries and knew what awaited her at her destination.

She had viewed propaganda videos showing extreme and terrifying acts of violence. She was particularly well informed about the organization that ruled where she decided to live.

The judge said there was no room for pleas of naivety or ignorance by the time Smith traveled to Syria.

Smith, from Dundalk, Co Louth, cried in court after the ISIS membership guilty verdict was announced.

The court heard that in numerous interviews with gardaí after she returned to Ireland in December 2019 she said repeatedly that she travelled to Syria because she believed she had a religious obligation to live inside the Islamic State that was announced by al-Baghdadi in 2014.

She was the first person in Ireland to be prosecuted for membership of a terrorism group acting outside the state.

Smith was given bail pending a sentencing hearing on July 11.