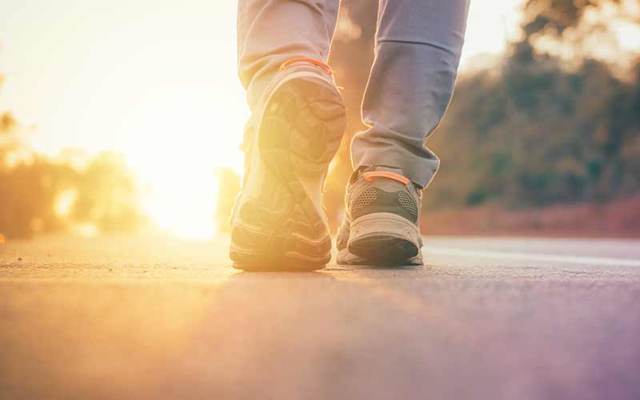 A pensioner from Limerick has walked the equivalent of the Earth's circumference without leaving Castletroy. Getty Images

A 70-year-old man from Limerick is seeking the Guinness World Record for walking the equivalent of the Earth’s circumference in under 1500 days.

Bajaj, a retired engineer and business consultant who has lived in Ireland for 46 years, began walking four year ago as part of a weight loss regime. He monitored his progress with an activity tracker app he downloaded to his phone.

After a year, he realized he had walked 7,600km (4,722,miles) — the same distance as the journey from Ireland to his native India.

“So I thought to myself again, what now, Mars,” Bajaj told The Limerick Post.

Bajaj always stayed within a 10km radius of his home and often walked up to 10 hours at a time with only small breaks for the toilet.

He would eat foods on the go, mainly nuts and bananas, or sandwiches on longer walks.

On hot days, his wife  would hand him an ice cream as he passed by their house.

He continued walking through the coronavirus lockdown last March, setting off around 5:30 am on a reduced 5km circuit.

He completed his journey on September 21, after walking a total of 40,107km

“At first, my wife was not very pleased because she was worried my health would be affected. She felt I might break my knees, so I didn’t tell anyone at the start, and then eventually she agreed, so it’s fine,” he said.

“If I told her I was going to walk the circumference of the earth anti-clockwise, I think she might have had a heart attack”.

“The difference between Mars and Earth was approximately 19,000km and I knew it was not going to be easy. I’m feeling fine now, but none of this was planned,” said Bajaj, who went through 12 paris of shoes since he started his journey.

He has also lost about 47 pounds, which he attributes almost entirely to walking.

“I did not have to change much of my eating habits,” he said.

Bajaj has submitted his application to Guinness World Records, claiming that he is the first person to have walked the distance equal to the circumference of the earth in under 1500 days. He is awaiting their decision.

Meanwhile, he recommends walking to others.

“Your mind is free, you are stress free, ideas come to the mind, and you are very calm.”