A new proposal by Hoboken lawmakers would see local bars picking up the tab for big event pub crawls such as LepreCon and SantaCon. 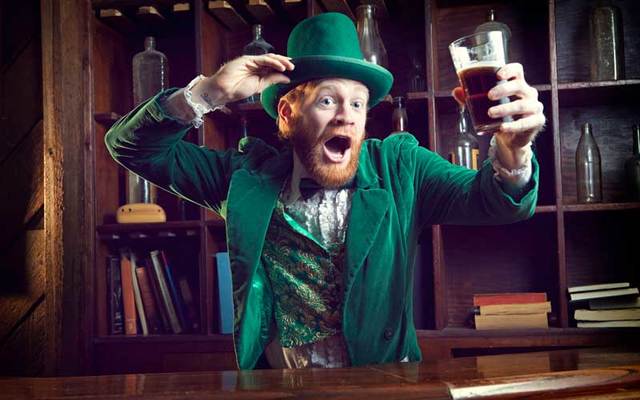 A new proposal by Hoboken lawmakers would see local bars picking up the tab for big event pub crawls such as LepreCon and SantaCon.

Every St. Patrick’s Day, hundreds of revelers dressed as leprechauns take to the streets in the annual drinking event known as LepreCon. It’s the same during the Christmas season as hordes of Santas participate in the bar-sponsored SantaCon. Different costumes, but it’s the same mess and the same costly clean-up.

“Most of us leave town. There’s a lot of urination, dedication in streets, there’s violence – it’s a mess,” said resident Paul Somerville. “A few people make some money.”

Councilman Mike DeFusco wants the pub crawl organizers to help pay for the clean-up and extra resources, CBS reports. He estimates it costs the NJ city$100,000 per event.

“It’s long-overdue that Hoboken recoups the cost we put forth to patrolling the safety of residents and visitors, as well as environmental service clean-up,” he said.

According to the proposal, any bar crawl of two or more bars and more than 700 participants would need to apply for a bar crawl permit for a $4,000 fee.

Bar owners say these special events bring in a lot of money and help them to stay in business year-round. Other opponents say that by permitting the event, the city would essentially be organizing it and therefore could be liable should anything go wrong.

Really proud the City Council gave initial approval to my plan to help us recoup some of the overhead costs of pub crawls. Looking forward to continuing the dialogue with our community and bar owners to listen to their feedback before we put this up for a final vote. https://t.co/5h6fxc9rWD

“It legitimizes an event that shouldn’t be happening in the first place,” resident Paul Somerville told CBS, “I don’t care about the money, just stop it.”

Read More: All the pubs in Ireland used to be closed on St. Patrick’s Day

Others agree with the proposal.

“I think that’s a great idea,” said resident Soraya Nino. “The more help we give city – keep it clean, inviting for tourists, attract others to our neighborhood.”

Last week, City Council gave the proposal initial approval with a  5-4 vote. The plan will come up again for a final vote at a later date.