Shortly after he took office a year ago, Leo Varadkar gave a promise to hold a referendum aimed at canceling the 8th amendment, which banned abortion other than when the life of the mother was at stake. 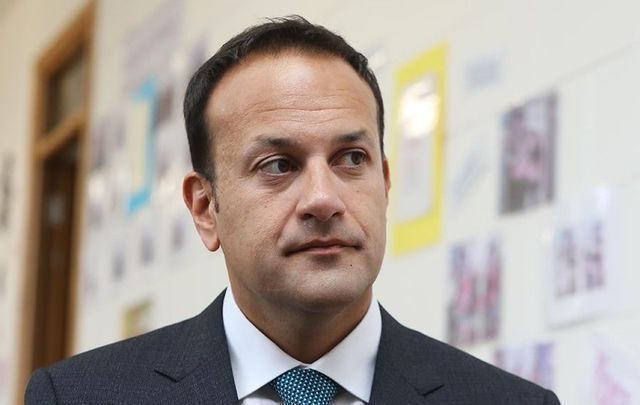 Shortly after he took office about a year ago, Leo Varadkar gave a promise to hold a referendum aimed at allowing abortion in Ireland and canceling the 8th amendment which banned abortion other than when the life of the mother was at stake.

Most political operatives, including many in his own party Fine Gael, were startled by the abortion promise, believing it impossible to pass a pro-abortion bill in Holy and Catholic Ireland.

What the priest said in the pulpit was usually the final word but Varadkar believed that day had come and gone.

Read More: Why the “Yes’ vote won so decisively in Ireland's abortion referendum

He made clear in his acceptance speech just how differently his generation was thinking on issues such as same-sex marriage, which had recently been legalized and abortion.

He said the vote for same sex marriage “enabled me to become an equal citizen in my own country only two short years ago and to aspire to hold this office – an aspiration which I once thought was beyond my reach, at least if I chose to be myself.”

"What we have seen today is a culmination of a quiet revolution that's been taking place in Ireland " - Taoiseach Leo Varadkar pic.twitter.com/sPxnsVWEA7

Those were extraordinarily honest words and Varadkar, a gay man born to an Indian immigrant father had reached the promised land of Irish leader in his 38th year. For good measure, he had also become a physician. He was far different from the usual politician, who usually endured spells in the wilderness before gaining power. Leo rocketed to the top and was suddenly Taoiseach.

He reflected in his own persona the startling changes in Ireland and the deep currents of change flowing beneath the calm veneer of business as usual. However, even the pro-choice forces wondered if the bill he eventually proposed allowing abortion in the first trimester and in hard cases was too much too soon.

The lobby groups who opposed changing the amendment believed he had gone too far. The consensus was a bill that just legislated for extraordinary situations, what was deemed hard cases, would have a much better chance of passing.

Varadkar, 40 next birthday, however, knows the modern Ireland more than his older peers. As a gay man, he was acutely aware how the country was changing and how young people were thinking inclusion, not exclusion.

As he told Maureen Dowd in a New York Times interview, “whether it’s migration or climate change and rights of women, rights of people from L.G.B.T. backgrounds....I am prepared to tackle such issues head-on.”

He took on abortion first and again the cognoscenti demurred. The reaction even within his own party was puzzlement when many easier options and issues were available.

But Varadkar was a step ahead and as the votes poured in on Saturday morning and were counted he was totally justified.

He spoke movingly about what had been achieved after the results were in.

“It’s also a day when we say no more,” the prime minister said. “No more to doctors telling their patients there’s nothing can be done for them in their own country, no more lonely journeys across the Irish Sea, no more stigma as the veil of secrecy is lifted and no more isolation as the burden of shame is gone.”

He is a new kind of leader, much more like Macron in France, independent, individual and prepared to overturn the hornet’s nest. He may have secured his place in history and his own election with this victory.