Judge said Navillus founder had "perjured himself" and that a company employee who took the stand was “obviously lying”. 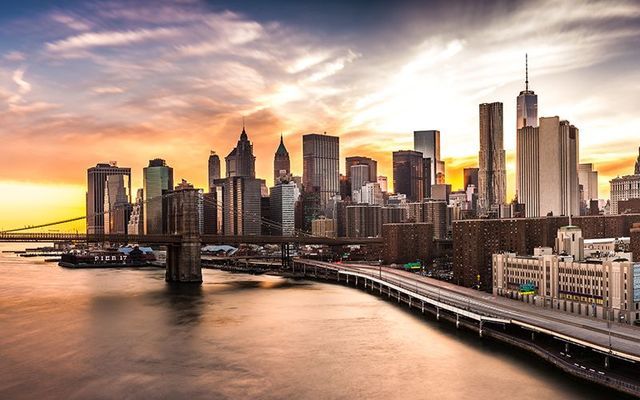 Navillus Construction, a leading New York-based Irish construction firm, is filing for bankruptcy protection after an eye-watering $76 million award against it and a stinging rebuke for founder and CEO, Donal O'Sullivan, who the judge said had "perjured himself" during the trial.

Last month Navillus was ordered to pay workers for lost wages, benefits, and pension contributions after it invented an alter-ego company in order to get around labor agreements it had reached with a number of city construction firms.

Prosecutors demonstrated to the judge that Navillus had created a company called ACS which then employed non-unionized labor to build developments, such as a luxury property on 92nd Street on the city’s expensive Upper East Side.

"The scale of the verdict is, we think, the largest of its type in the U.S. and it will grow at 9% interest until it's paid off," attorney Tom Kennedy told the New York Daily News.

"People will now recognize that they are betting their entire company and can lose it if they are caught cheating with one of these double-breasted alter-ego operations."

In a scathing judgement, Federal Court Judge Colleen McMahon said that Navillus founder and CEO, Kerryman Donal O’Sullivan, had "perjured himself" and that another company employee who took the stand was “obviously lying”

Navillus Contracting, a New York contractor involved in some of the city’s biggest construction projects, filed for bankruptcy after a judge ruled the company owes $76 million to workers for allegedly skirting collective bargaining agreements https://t.co/MOXAJbIR4H

The company's request to stay the ruling whilst it appealed was denied and as such it has been forced to file for bankruptcy.

Despite this the firm maintains it will continue to operate; in a statement to IrishCentral O'Sullivan wrote that he is "firmly of the opinion that the judgement was erroneous and will be overturned in the Court of Appeals".

In the meantime he added, "It is business as normal. All jobs that Navillus are currently working on will continue without interruption".

The company has only filed for Chapter 11 (bankruptcy) "for protection while we appeal the erroneous judgement".

The picture painted by O'Sullivan in his request for bankruptcy was a less rosy however; “Navillus cannot afford to pay the judgment and maintain its ongoing operations,” O’Sullivan wrote starkly.

The Kerryman is the sole shareholder in the company that was once estimated to be worth $240 million and employed 1,600 people.

It was awarded a string of prestigious projects – most notably New York’s 9/11 Memorial site, Madison Square Garden, and the renovation of the iconic Grand Central Station.

The father of six immigrated from the small town of Ballinskellig in 1984 and his story was widely hailed as a textbook example of the American Dream. He regularly heads back to Kerry and is well-known among New York’s Irish community, donating time and money to causes such as the Irish Arts Center, the Kerryman’s Patriotic & Benevolent Association, and the Kerry Football Club of New York.

Now his company lies in ruins and his reputation has been trashed by a Federal Judge; salvation lies with the Court of Appeal but it’ll be some time before the case reaches them.