The Mary Ferrell Foundation filed a federal lawsuit on Wednesday, October 19, exactly one year after President Biden issued a memo confirming that he was postponing the release of roughly 16,000 records. 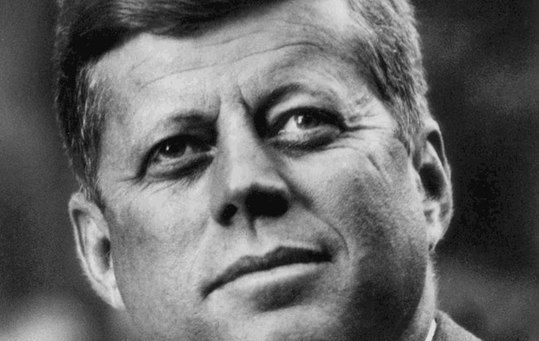 The largest online source of John F. Kennedy assassination records has sued President Joe Biden and the National Archives over their failure to release the remaining files related to the assassination to the public.

The Mary Ferrell Foundation filed a federal lawsuit on Wednesday, October 19, exactly one year after President Biden issued a memo confirming that he was postponing the release of roughly 16,000 records related to Kennedy's assassination in 1963.

The files were assembled under the President John F. Kennedy Assassination Records Collection Act of 1992, signed by President Bill Clinton.

The Act required that all files related to Kennedy's assassination be made public by no later than October 26, 2017. However, President Donald Trump delayed the release of the records, passing the responsibility onto the Biden Administration.

Biden, however, has not yet released the documents, leading the Mary Ferrell Foundation to accuse him of continuing the federal policy of obfuscation that has existed since Kennedy's assassination in Dallas in November 1963.

Jefferson Morley, the Foundation's vice president, told NBC News that it is "high time" that the US Government "obeyed the spirit and the letter of the law".

"This is about our history and our right to know it," Morley said.

"It was a momentous crime, a crime against American democracy. And the American people have the right to know," RFK Jr. told NBC. "The law requires the records be released. It’s bizarre. It’s been almost 60 years since my uncle’s death. What are they hiding?"

The CIA said in a statement that it is adhering to Biden's memo, which called for the records to be released by December 15. The National Archives also said it is complying with the procedures outlined by the memo.

However, the Mary Ferrell Foundation's lawsuit, filed in a federal court in San Francisco last Wednesday, argues that the CIA and the National Archives have not followed the law. The lawsuit also argues that Biden's executive order has created new loopholes that will allow for further delays.

The lawsuit is calling for Biden's memo to be declared void and for the records to be released to the public.

Biden blamed the Covid-19 pandemic for the delay, an argument rejected by Bill Simpich, an attorney representing the foundation.

"It’s a ‘dog ate my homework’ argument. This case is all about delay. The agencies always have new and better excuses," Simpich told NBC.

The lawsuit also alleges that the federal government unlawfully redacted 11 specific records that were supposed to be released as part of the Act, including a 1961 memo attempting to reorganize the CIA after the disastrous Bay of Pigs invasion in Cuba.

Personnel files related to three CIA officers connected to Lee Harvey Oswald and documents related to a 1962 Department of Defense plan to stage a "violent incident" in the US and blame it on Cuba have also been redacted illegally, the lawsuit argues.

The Foundation is also seeking to force the National Archives to find records that are "known to exist but that are not part of the JFK Collection", including taped recordings of a man named Carlos Marcello, who allegedly informed a cellmate that he was involved in JFK's assassination.

They are also calling for the release of files related to George Joannides, who served as a case officer for a CIA-funded group that had several encounters with Oswald.

Experts believe that the release of the 16,000 files related to Kennedy's assassination will not include conclusive proof that other parties were involved in the famous assassination.

However, they could shed light on a hugely important period in American history, including Cold War operations, US-Cuban relations, and a plot to assassinate Cuban leader Fidel Castro.

They could also highlight CIA contacts with Oswald before Kennedy's assassination, according to former CIA agent Rolf Mowatt-Larssen.

"What I think happened, in a nutshell, is that Oswald was recruited into a rogue CIA plot," Mowatt-Larssen told NBC.

"This group of three, four or five rogues decided their motive [was] to get rid of Kennedy after the Bay of Pigs and the Cuban Missile Crisis because they thought it was their patriotic duty given the threat the country was under at the time and their views, which would be more hard-line or more radically anti-communist and very extreme politically."