The PSNI has opened an investigation into the tragedy that has shaken the Larne, Co Antrim community. 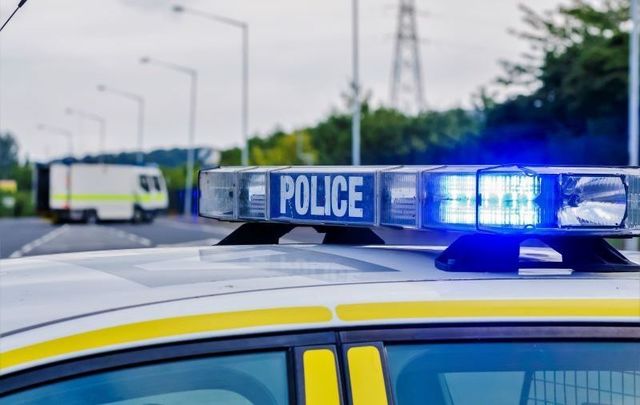 The PSNI has opened an investigation into the tragedy that has shaken the Larne, Co Antrim community. Getty Images

PSNI say they have begun an investigation into the event

A toddler has died and two others, a mother and her baby, have been left with serious injuries following an incident, reportedly a stabbing, at a farmhouse in on Bankhall Road in Magheramorne, Larne, Co Antrim on Monday.

Read More: “It was not their time” - Funeral held in Dublin for young McGinley siblings

The Police Service of Northern Ireland (PSNI) said in a tweet on Monday morning that emergency services were attending an incident in Larne:

Police and other emergency services are currently at the scene of an incident in the Larne area.

There are no further details at this stage.

Later, PSNI said in a statement: “Police can confirm that an investigation has commenced into the circumstances surrounding the death of a young child in the Larne area today, Monday 2 March.

“A woman in her 30s and a baby are currently receiving hospital treatment for injuries.

“The investigation is at an early stage and police are currently not looking for anyone else in connection with the death.”

The incident has shaken the rural community in East Antrim.

Mark Edwards, a reporter for the Belfast Telegraph, shared these pictures from the scene:

At the scene here at Bankhall Road in Larne. Police have closed the road after a serious incident at a farm house on the road. Hearing a family of four lived there @BelTel pic.twitter.com/lLyPLuQ2fN

Another view of the scene here in Larne @BelTel still a heavy police presence pic.twitter.com/PgcGcrKHys

The Irish Press Association reports that Rhonda Kernohan, a neighbor to the family, said: “I heard the sirens and the helicopter, the air ambulance, came and it landed up at the back of the farm.

“We thought it was a farm accident but when we looked out there was a lot of shouting and a lot of police, a lot of ambulances about.”

Another neighbor said: “It was very sad. We are feeling absolutely awful, so sad it is terrible.

“The shock of it, when it happens nearly on your doorstep.”

It’s becoming clear that a very serious incident has taken place in Magheramorne. My thoughts are with the families involved. I’m grateful to our emergency services who deal with such distressing cases in a very professional manner. https://t.co/HWFvvnvcMD https://t.co/47NgQFctY0

Similarly, DUP assembly member Gordon Lyons said: "It is absolutely awful when you hear of anybody suffering in this kind of way but when young children are involved it is particularly horrific.