Kilmainham Gaol's LGBT history to be explored in free tours as part of Dublin City's Pride events this month. 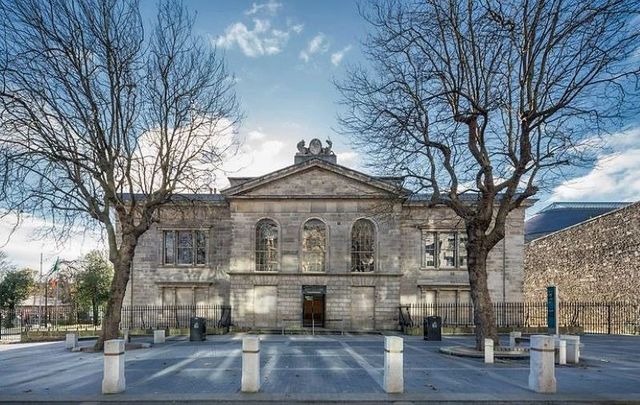 Read More: “Gay Gaels” who have enriched Ireland’s history and culture for the world

‘A Queer History Tour of Kilmainham Gaol’ will be hosted on June 22 and June 25 by Brian Crowley, the museum’s Collections Curator who first offered the tour in September as part of Dublin’s Festival of History.

Kilmainham Gaol is one of Dublin's most famous landmarks. Many of the 1916 Easter Rising leaders were imprisoned there, and some were even executed there.

GCN reports that Crowley’s tour details the history of homosexuality as a crime, and explores the lives of Irish LGBT+ figures such as Roger Casement, Oscar Wilde, and more within the context of Kilmainham Gaol.

Crowley told Dublin Live: "What I’ve found is that actually it wasn’t common that people were arrested for same-sex sexual activity, because it’s really hard to prove, and it’s a private event."

Crowley further told GCN: “Gaols and prisons were often used by those in power to suppress behavior or identities that were deemed to be transgressive, so there is a lot of queer history bound up with Kilmainham Gaol.”

Through the tours, Crowley hopes visitors will realize that Ireland has a much longer LGBT history than one may initially realize: “Sometimes some people think that no one was gay until about 1992.” (Homosexuality was not decriminalized in Ireland until 1993.)

“We’d hope to show that there was a whole world of gay, lesbian, bisexual and transgender people and that they were always there. And in some ways, a place like Kilmainham is a space with all those things that society tries to keep hidden. But it’s also where they come to light.”