Thomas Joseph Woodgate was just 14 when he died in the British Army. 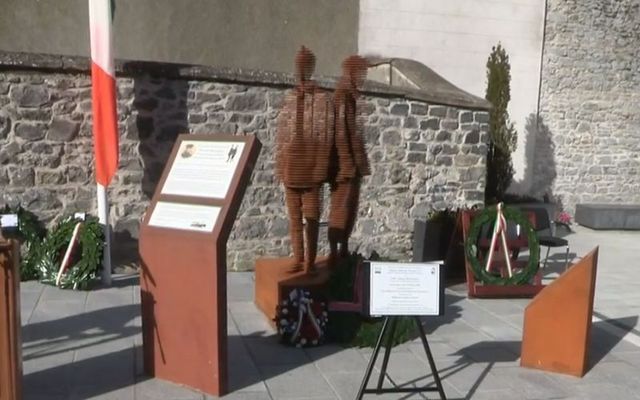 A Kilkenny war memorial group has unveiled a statue of a 14-year-old boy who died while serving in the British Army during the First World War.

Thomas Joseph Woodgate, who died in 1918, was one of the youngest soldiers to die in the Great War and he has now been immortalized by the Kilkenny Great War Memorial Committee, who erected a monument in his honor.

Woodgate, from Callan in County Kilkenny, signed up to the Royal Air Force shortly before the end of the war in late 1918, telling officers that he was 18.

He died on Oct. 10, 1918, when a German submarine torpedoed the RMS Leinster close to the Kish Lighthouse in Dublin as the ship sailed to Holyhead in Wales. He was making his way to Egypt for his training squadron.

In total, more than 560 British soldiers and civilians perished in the attack, which occurred just over 30 days before the armistice which ended the First World War.

Researchers only recently discovered that Thomas Woodgate was just 14 when he died in the attack, finding his birth certificate, which showed that he was born on Dec. 31, 1903. He had lied about his age in order to be allowed to join the Royal Air Force.

The Kilkenny Great War Memorial Committee helped to uncover his true age when the group was researching Kilkenny soldiers who died in the Great War and Dónal Croghan, the group's chairman, said that they wanted to honor the young soldier.

"In our research for the memorials here in Kilkenny, we came across how young he was and we confirmed his age with the Commonwealth War Graves Commission. We felt we should commemorate him as part of the work we do," Croghan told RTÉ News.

Croghan said Irish people were now able to look past the fact that young men had joined the British Army during the war.

"I think as a country, we have matured. First of all, these were Kilkenny men, or boys in this case. They were Irishmen and they happened to put on a different uniform. They were written out of history so that’s why it’s important to remember them."

Croghan attended the unveiling ceremony on Sunday along with members of Kilkenny County Council and local religious figures.

Also in attendance were relatives of Thomas Joseph Woodgate, including his nephew Gary Woodgate, 84, his closest-living relative.

"I'm the only one left, so it means a lot to me," he said. "We have something to remember him by anyway."

Thomas Joseph Woodgate is buried in the Grangegorman military cemetery in Dublin. His gravestone has been recently updated to reflect his age.