Julie McBrien, 47, from Fivemiletown in County Tyrone, defrauded Northern Mouldings Limited of £1.9 million over an eight-year period, bringing the company to the brink of financial ruin. 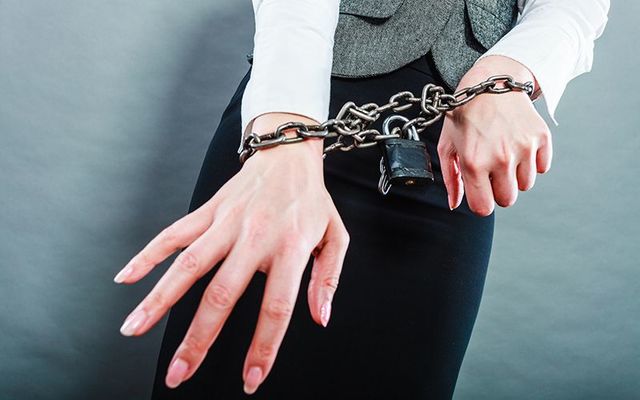 Julie McBrien defrauded a company to the point of bankruptcy and faked cancer, among other crimes. iStock

A Tyrone woman who was jailed for five-and-a-half years after being found guilty of defrauding her employers of £1.9 million ($2.11 million) has lost an appeal to have her sentence reduced.

Julie McBrien, 47, from Fivemiletown in County Tyrone, defrauded Northern Mouldings Limited over an eight-year period, bringing the company to the brink of financial ruin.

McBrien used the funds to fund her lavish lifestyle, using £667,000 to purchase a sprawling rural mansion, £145,000 on jewelry, and a further £231,000 on fashion and beauty. She also ran up general expenditure costs of £360,000, including expensive holidays and top-of-the-range cars.

McBrien faked bank statements and forged a former employee's signature after failing to remove his name from the document. She also forged a document making her solely responsible for the company's finances, creating false invoices and countersigning checks to herself.

McBrien additionally faked a cancer diagnosis to continue funding her expensive lifestyle without interference, informing a company director that she had a rare cancer and that she wished to keep her diagnosis confidential.

The director, who had a relative suffering from the same type of cancer that McBrien claimed to have, tried to provide emotional support to McBrien as his employee.

The fabricated diagnosis evoked sympathy and afforded McBrien paid time off work. When she was supposedly undergoing chemotherapy, she was actually indulging in her lavish lifestyle.

Almost six years after a woman was first arrested for defrauding her employers out of £1.9 million, her identity can be revealed as Julie McBrien, also known as Hogg. https://t.co/dnDjV6eRfc

" You authored that lie and benefited from it … You had no consideration for anyone affected by you. Your offending was borne out of avarice".

The Tyrone woman admitted to everything when she was arrested almost seven years ago, adding that there was "nothing to show" for the money she had defrauded because she had spent it mostly on holidays.

She also blamed the company's accountants for not "doing their job properly", adding that she "would not be here" if they had.

McBrien's identity was shielded from the public for almost six years following her arrest because she threatened to self-harm if she was publicly named.

The press robustly challenged an initial anonymity order that was so strong that even the victims couldn't be named because McBrien claimed her identity could be figured out within the local community.

It took a number of years before McBrien was finally sentenced because her lawyers continued to bring in psychiatric experts who argued she shouldn't be jailed and that her anonymity should be protected indefinitely.

One English psychiatrist told the court that McBrien suffered from something similar to "Martyr's Syndrome" after feeling left out while growing up with four other siblings.

However, the court rejected his opinion in November 2021, and McBrien was jailed for five-and-a-half years.

The Tyrone woman mounted an appeal to this sentence earlier in the year, also applying for legal aid to fund the appeal. Both applications have recently been rejected.