Jules Thomas said she was treated as a "social pariah" following the release of the Netflix documentary series "Sophie: A Murder in West Cork". 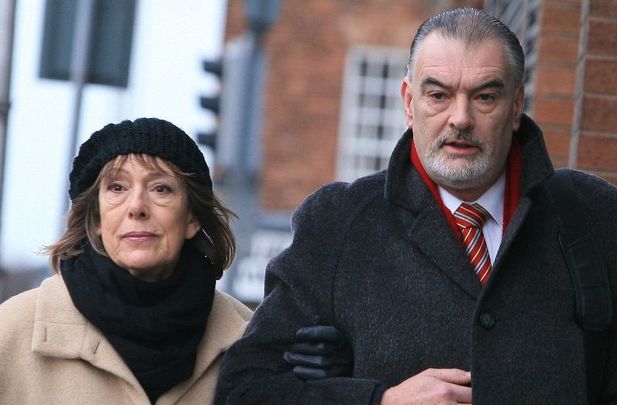 Jules Thomas, the former partner of murder suspect Ian Bailey, is suing Netflix over the "glaring inaccuracies" contained within a documentary series about the murder of Sophie Toscan du Plantier in West Cork.

Welsh artist Jules Thomas, 73, said she was treated as a "social pariah" following the release of the three-part Netflix documentary series "Sophie: A Murder in West Cork", which she believes falsely suggested that she had information about the Frenchwoman's killer and did not disclose it to Irish police.

In an affidavit filed in the High Court, Thomas said the falsehoods have affected how she is viewed and treated in the local community.

"Following the broadcast of the documentary, I became a social pariah which has negatively affected my emotional, mental and physical state," Thomas said in the affidavit.

She also said the documentary has caused her only source of income to disappear because she has been shunned as an artist since its release, while the demand for her artwork has also decreased.

"People want to feel a positive emotional attachment to art which they purchase, and no one wants to own a picture painted by a person who, it is insinuated, was involved in a heinous crime," Thomas said.

She additionally claimed that unauthorized filming took place at her home near Schull, Co Cork, describing it as a "gross invasion of privacy" and alleging that her home was portrayed as an "unkempt hovel".

In an earlier interview with the Irish Independent, Thomas said she was worried that people who watched the documentary would think she was covering for Bailey by withholding information.

"They were trying to portray me as an accomplice to a murder," she told the Irish Independent.

"People have watched it all over the world, not just in Ireland. It is just portraying a picture of me in the wrong light completely."

In the affidavit, Thomas, who is representing herself, said she is seeking damages for the "foreseeable harm" that she has suffered since the release of the series.

All three defendants in the case are located abroad and High Court judge Justice Cian Ferriter granted Thomas leave to issue a plenary summons in respect of the three defendants.

Once the summons are served, each defendant will have 42 days to enter an appearance in the proceedings, Justice Ferriter said.

Thomas separated from Bailey in April 2021 after the couple had been together for almost 30 years.

She told the Irish Independent that she believes her ex-partner is innocent of the murder of Toscan du Plantier, who was beaten to death outside her holiday home in Toormore, Co Cork, in December 1996.

Bailey, an English-born journalist covering the story for a number of newspapers, was arrested on two occasions in connection with the murder but was released without charge on both occasions.

The Director of Public Prosecutions ruled out a prosecution due to insufficient evidence, but a French court found Bailey guilty in 2019 after he was tried in absentia.

The Irish High Court refused to extradite Bailey to France, marking the third time that the court has rejected an extradition request.