The documentary “No Stone Unturned” concerned the case of six men who were shot and killed by two masked members of the Ulster Volunteer Force in Heights bar in Loughinisland, Co Down on June 18, 1994. 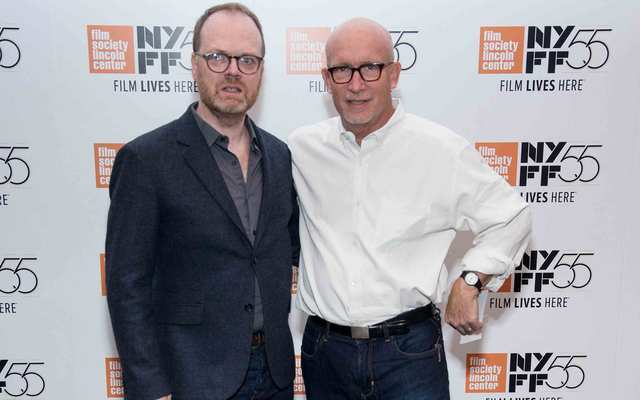 The two journalists who uncovered and named the killers of six Catholics watching a World Cup soccer match in June 1994 have described the personal impact of their arrest following their documentary by Northern Ireland police on trumped up charges later thrown out by a Belfast court.

The documentary No Stone Unturned concerned the case of six men who were shot and killed by two masked members of the Ulster Volunteer Force in Heights bar in Loughinisland, Co Down on June 18, 1994.

Barry McCaffrey and Trevor Birnie, along with famed Oscar-winning documentary maker Alex Gibney, produced the film, a searing look at the murders and the cover-up

Read More: Loughinisland's night of terror: No way to deal with the legacy of the past

McCaffrey stated: “It’s like a death, you go through all the emotions, you’ve got the anger, you’ve got the guilt, the guilt about what you are doing to your family, Trevor’s children had to watch him being arrested, my mother who battled cancer… we were big enough and bold enough, we knew the risks we were going through, but it was stress and the hassle that you put your family through, to me, that’s the guilt for me."

“Have we changed, will we ever be the same again? Without over dramatizing it, I don’t think we probably will because I think it’s left this mark on us.

“I think our lives have changed, is it the end of the world? No. Emma Rogan lost a daddy (in the Loughinisland shootings), and there are other people here who lost family members, we lost nothing.”

Birney state after the arrest he realized what happens when the police are bad actors. “I think we have got to be thankful that the courts are independent and certainly the court in our case acted so robustly in response to what was an attack on free speech and an attack on press freedom in Belfast,” he said.

“I’m not sure that if we were working inside a media organisation in London that this would have happened to us.”

The Loughinisland massacre took place on June 18, 1994, in the small village of Loughinisland, County Down, Northern Ireland. Members of the Ulster Volunteer Force (UVF), a loyalist paramilitary group, burst into a pub with assault rifles and fired on the customer’s, killing six civilians and wounding five. The pub was targeted because it was frequented mainly by Catholics and was crowded with people watching the Republic of Ireland play in the World Cup.

No Stone Unturned also states that one and perhaps two of the suspects were also police informers.

In another shocking charge, the documentary alleges that members of the police had known about the intended shootings but did nothing to stop them, even warning one suspect before he knew the massacre was on to expect arrest and questioning the following day. The job was almost called off because the car they had purchased had mechanical problems.