A woman has been charged with manslaughter after Boston Police Officer John O'Keefe was found dead in Canton on January 29. 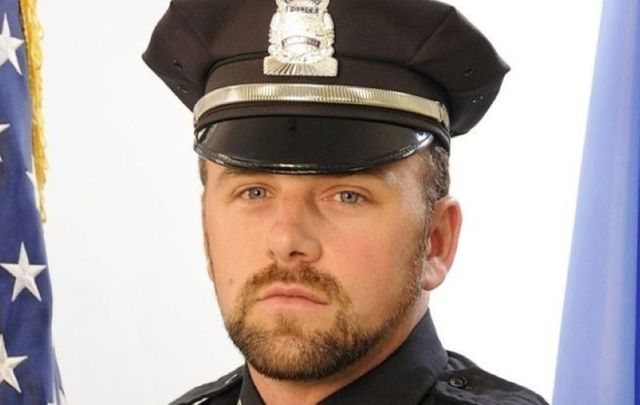 UPDATE 9:10 pm EST: Karen A. Read has been arrested by Massachusetts State Police homicide detectives on a manslaughter warrant in the Saturday death of John O’Keefe, a Boston Police officer who was found unresponsive outside a Canton residence early Saturday morning (January 29, 2022).

"After several days of intensive investigation, detectives from the Norfolk District Attorney’s Office late today obtained an arrest warrant for Ms. Read," District Attorney Morrissey said in a statement on Tuesday night. “We expect that she will be arraigned close to 9 am tomorrow (Feb. 2, 2022) in the Stoughton District Court.”

Read, who authorities say drove to the Fairview Road area with O’Keefe, possibly shortly after midnight, is charged with manslaughter, leaving the scene of a motor vehicle collision causing death, and motor vehicle homicide.

Morrissey said that Read was taken to the State Police Blue Hills Barracks for processing this evening.

“Additional narrative information may be put into the record during arraignment tomorrow,” District Attorney Morrissey said. “Tonight our thoughts are very much with those whom John left behind.”

O’Keefe, 46, of Canton, was transported to the Good Samaritan Medical Center following his discovery and was pronounced dead several hours later.

John O’Keefe, a 16-year veteran of the Boston Police Department, was a hero in every sense of the word.

Officer John O'Keefe is being remembered in the wake of his death not only for his commendable career with the Boston Police Department, but perhaps more importantly, for the selfless act of adopting his niece and nephew after his sister died of cancer and her husband passed away shortly after.

"John O'Keefe stepped up when others wouldn't or couldn't. He gave back more than he ever took," The Boston Police Department's Emerald Society, of which O'Keefe was a member, said in a statement.

"He was a dedicated public servant. He believed in the mission of the Department, and was always there for his fellow officers. He received multiple commendations and awards over his career. He was well-liked and respected throughout the department.

"Please keep Police Officer John O'Keefe, his family and friends, in your thoughts as you go about your day. He will be sadly missed by all who knew him. May he rest in Peace."

In the early hours of January 29, O'Keefe's body was found outside of a residence of people he knew on Fairview Ave in Canton, a suburb of Boston. O'Keefe was not on duty at the time.

When O'Keefe's body was found, a powerful winter storm had blanketed the area in more than 20 inches of snow. O'Keefe “appeared to have been in the cold for some period and was transported to Good Samaritan Hospital,” where he was ultimately pronounced dead.

Authorities are still investigating the cause of his death. An autopsy was performed on O’Keefe’s body on Monday, but the procedure “did not yield information suitable for dissemination at this time,” a spokesman for Norfolk District Attorney Michael Morrissey told The Boston Globe on Tuesday.

Responding to O'Keefe's death, Boston PD said in a statement: “It is with deep regret that Superintendent-in-Chief Gregory Long announces the passing of active-duty Boston Police Officer John O’Keefe.

"Officer O’Keefe was a 16-year veteran of the BPD who served admirably in several assignments during his career.

"John will be greatly missed by his friends and colleagues here at the Boston Police Department as we send our heartfelt condolences to his family, and loved ones during this difficult time.”