Irish man John McDonnell, most successful NCAA coach in history, has passed away

Co Mayo native John McDonnell coached the men's track and field program at the University of Arkansas to 40 NCAA championships throughout his career. 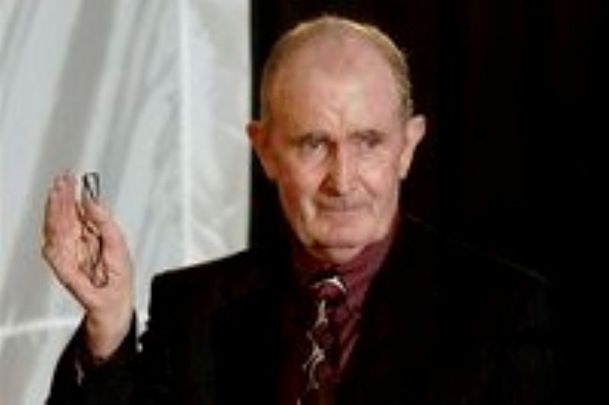 John McDonnell, the Co Mayo native who went on to become a legendary men’s track and field coach at the University of Arkansas, passed away on June 7, his family confirmed in a statement today, June 8.

The O’Donnell family statement says: “It is with profound sadness that the McDonnell family announces our beloved husband, father, and brother, John McDonnell, transitioned to Heaven with our Lord and Savior at 10:54 pm on Monday, June 7, 2021.

“He passed away so peacefully, enveloped in the love of his family and friends. He could have settled anywhere in America after emigrating from Ireland, but chose to call Northwest Arkansas home because as he often stated, this was ‘God’s Country’.

“His career speaks for itself, but what truly spoke was his love for God, serving others, and his limitless generosity. We want everyone to know how thankful he was for the support, love, friendship, and depth of opportunities he received throughout the years.

“While the world has lost an extraordinary man, we not only mourn his loss, but wholeheartedly celebrate that God allowed people around the world to be touched and impacted by his gifts of faith, love, and inspiration. His legacy and spirit will forever live on through his family, friends, colleagues, and athletes.”

Arrangements for Coach McDonnell will be announced when they are finalized.

McDonnell family statement on the passing of John McDonnell. pic.twitter.com/yz9TEeupaA

McDonnell didn't become a serious runner until he was 17, inspired by his older brother Frank back in their native County Mayo.

“Frank was into running in a big way,” McDonnell once said. “There was a huge field behind our house, and he used to run there.”

One time, while practicing for a meet, Frank asked John if he’d help by getting a head start of about 50 yards. The idea was Frank would run better if he had to catch his younger brother

“Frank ran like crazy, but he couldn’t catch me,” McDonnell said. “He said, ‘John, you can really run. You ought to take it up.’

“I got the idea that maybe I should indeed. So I dropped soccer and took up running.”

In 1972, he became the head cross country coach of the Razorbacks, and then head track and field coach in 1977-78.

McDonnell's 40 national championships (which include 19 in indoor track, 10 in outdoor track, and 11 in cross country) are more than any coach in any sport in the history of college athletics. The next highest is 31 by Pat Henry, former LSU and current track coach at Texas A&M University.

McDonnell received National Coach of the Year honors 30 times in his career as well as 49 conference coaching honors. He ultimately coached 23 Olympians, including gold, silver, and bronze medalists, over six different Olympic Games.

The Razorbacks statement added: “While the amazing numbers he achieved with Arkansas will always be there to serve as a reminder to the dominance of the Razorback men’s program over his span of 36 years with the program, the personal relationships he developed along the way will be cherished forever.”

He is survived by his wife of 54 years Ellen (Elias) McDonnell, one son Sean McDonnell of Fayetteville, Arkansas, one daughter, Heather Hastings and husband Jeffery of Fayetteville, Arkansas, three sisters, Philomena Pena of Barcelona, Spain, Mary McDonnell, and Margaret Carr both of Ballina, Ireland, one brother, Michael McDonnell and wife Jane of Edmond, Oklahoma, a sister in law, Una McDonnell of Crossmolina, Ireland and two grandchildren, Noah and Christopher Hastings.