John Hume to be honored with sculpture in European Parliament

The bronze bust is the work of Dublin-based sculptor Elizabeth O’Kane. 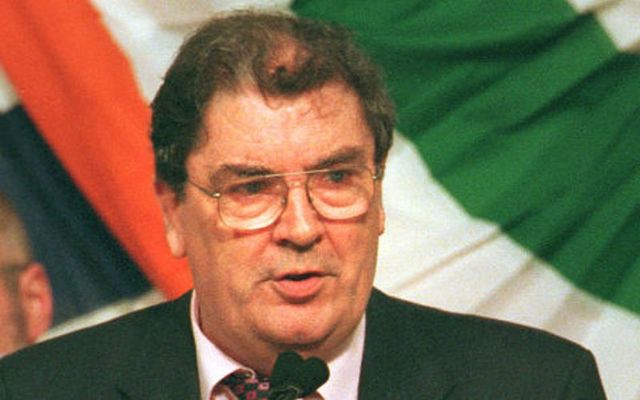 A bronze sculpture of Northern Ireland peace activist John Hume will be unveiled in the European Parliament in Brussels.

The late Nobel Peace Prize winner will be honored in a ceremony in June.

The 50-kilos sculpture is the work of Dublin-based sculptor Elizabeth O’Kane.

“John Hume believed that difference should never be the source of hatred and conflict. He brought the conversation about brokering peace in Northern Ireland to Strasbourg, drawing from lessons learned from French and German reconciliation,” said European Parliament president Roberta Metsola, according to The Irish Times.

“At the European Parliament, of which he was a member for 25 years, we celebrate his legacy of peace. His strong voice in defending European values and democracy is one we remember particularly with the return of war on our continent.”

Born in 1937, in Derry, Northern Ireland, Hume is widely regarded as one of the most important figures in Ireland's recent history and was one of the architects of the Northern Ireland peace process. He won the Nobel Peace Prize with David Trimble in 1998, and also received the Gandhi Peace Prize and the Martin Luther King Award. He is the only person to receive all three peace awards. He died in August 2020.

Sculptor Elizabeth O’Kane grew up in Northern Ireland during the Troubles, and worked closely with the Hume family to ensure she captured the likeness of the man she remembers seeing as a child “on television working so hard for peace”.https://t.co/sGXsBguBrw

The bronze bust of Hume is one of four cast as a memorial to the Derry peacemaker. Two have been installed in the Irish embassies in Washington DC and London, and another is to be placed in the Department of Foreign Affairs in Dublin.

Sculptor Elizabeth O’Kane, who grew up in Northern Ireland during the Troubles, worked closely with the Hume family to ensure she captured Hume's likeness.

"It is a very proud moment and a real honor to be selected for that commission," O'Kane told Belfast Live.

"John Hume was a particularly special one as I grew up in Northern Ireland in the troubles and watched him over the years being very determined for the peace process.

"He was doggedly determined and worked incredibly hard with the European and US institutions. I think with John Hume’s skills as a peacemaker in reaching out to those other institutions and other countries and bodies, he achieved something many would have thought impossible.

"It was amazingly special to be the artist to commemorate him and go down in history. For people to look at my work and remember him, it is very special."

The Hume sculpture, which will stand in a prominent position in the Strasbourg parliament, is to be unveiled in June. Taoiseach Micheál Martin and high-level European representatives have been invited to attend the ceremony.