Derry native John Hume is the only person in history to win the Nobel Peace Prize, the Mahatma Gandhi Peace Prize, and the Martin Luther King Jnr. Nonviolent Peace Prize. 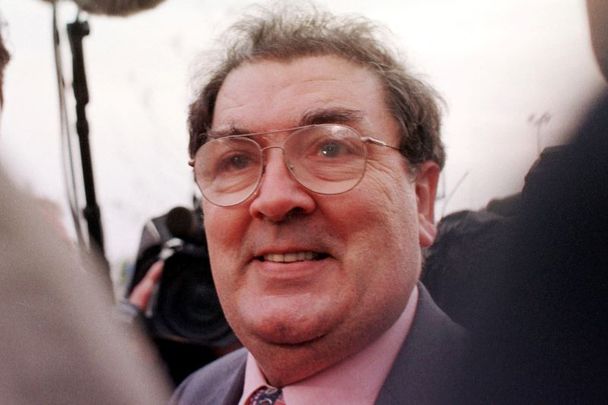 April 10, 1998: John Hume at Stormont as the peace deal falls into place. RollingNews.ie

The family of the late John Hume will donate his three peace prizes to the city of Derry so that they can be exhibited publically.

Hume died in August 2020 at the age of 83 and his family will present his three prestigious peace awards to the Derry City and Strabane District Council.

It was a great honour to receive Pat Hume & family at the Guildhall today as they gifted the Nobel Peace Prize the Martin Luther King Jnr Non-Violent Prize & Mahatma Gandhi Peace Prize to the people of Derry. Future generations can share in the legacy of a truly great peacemaker pic.twitter.com/ENOYb7Tf5J

Speaking ahead of the meeting with Mayor Tierney, Hume's widow Pat Hume said that her late husband received every award "with a tremendous sense of honor" and said that he always remained rooted in Derry.

"John accepted them in the name of all the peace-makers who helped nourish the peace process and all the people of Ireland, North and South, nationalist and unionist, who never wavered in their commitment to peace and reconciliation," Pat Hume said.

"Although John built alliances for peaceful change in Ireland, at Westminster, in Brussels, and in Washington DC, he always remained rooted in Derry. We believe it is right for the people of Derry to have the opportunity to share these peace awards."

Meanwhile, Tierney described Hume as a "great hero" and a "true and courageous peace-maker".

The Derry Mayor said that it was a "huge honor" that the Hume family intends to give Hume's awards to the city.

Hume, one of the architects of the Northern Ireland peace process and the Good Friday Agreement in 1998, is the only person in history to receive all three awards.

He also founded the Social Democratic and Labour Party (SDLP) and was jointly awarded the Nobel Peace Prize in 1998 along with Ulster Unionist Party leader David Trimble. 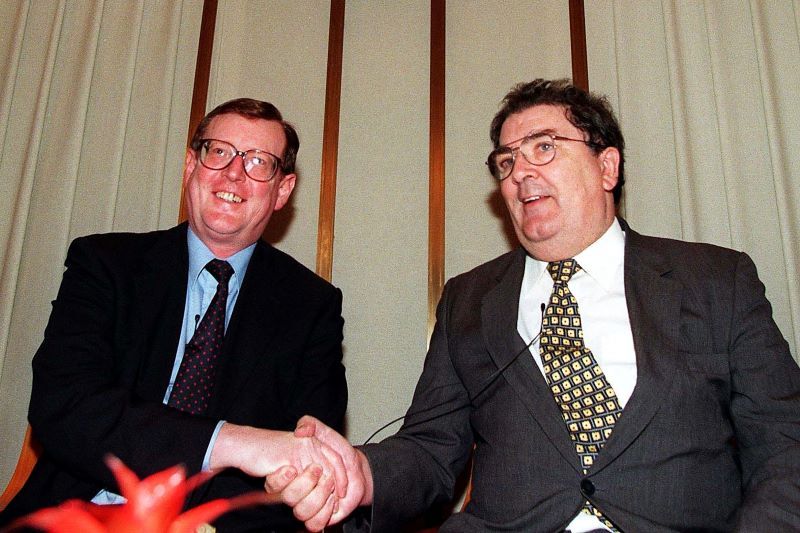 December 8, 1998: David Trimble and John Hume during a press conference in the Norwegian Nobel Institute in Oslo. (RollingNews.ie)