Co Tipperary man John Dunne did not return to his accommodation after hiking the Macgillycuddy's Reeks in Co Kerry on Wednesday. 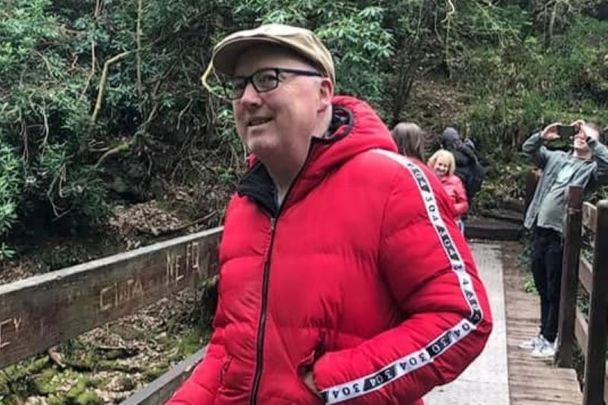 A large search and rescue operation is underway in Co Kerry after a 61-year-old man went missing while walking in the MacGillycuddy's Reeks mountain range on Wednesday night.

John Dunne, a Co Tipperary native who regularly visits the area, phoned his accommodation at 5:30 pm on Wednesday to say that he would be back later that evening, but the alarm was raised when he had still not returned at 11 pm.

Around 30 members of the Kerry Mountain Rescue Team have been searching the area since 4:30 am on Thursday in addition to members of the Rescue 117 helicopter in County Waterford.

The rescue team has issued photographs of John Dunne with the permission of his family and is calling on anyone who might have seen him in the mountain range on Wednesday to contact Killarney Garda Station on 064 6631222.

Spokesperson Colm Burke told RTÉ News that Dunne did not specify what mountain he was climbing on Wednesday, so any help pinning down his route or location would be vital to the search operation.

Dunne told people that he planned to "do a few peaks" when he left his accommodation on Wednesday.

The 61-year-old was wearing a red jacket and black pants at the time of his disappearance and is said to be carrying his mobile phone. However, it has been ringing out, according to the rescue team.

The Kerry Mountain Rescue Team also rescued a woman who had broken her ankle while climbing Carrauntoohil on Wednesday. The woman has since been transferred to hospital for treatment.

The woman got into difficulty on the Devil's Ladder trail on Carrauntoohil, which is Ireland's largest mountain.