John Cleese criticized for his comments about the Irish language

British actor John Cleese is facing criticism for comments he made on Twitter about the Irish language. 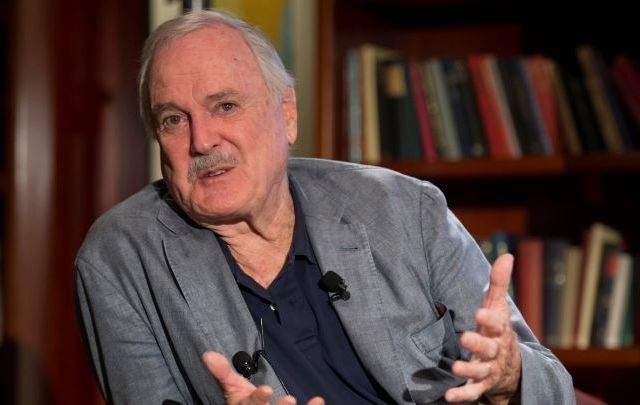 John Cleese is facing criticism for his comments on the Irish language. Getty Images

British actor John Cleese is facing criticism for his recent comments about the Irish language that he made on Twitter.

On June 23, John Cleese, the British comic behind 'Fawlty Towers' and 'Monty Python,' tweeted his thoughts about Irish language names:

They look like deliberate attempts to mislead innocent people https://t.co/m89bM8Pp8z

One user pointed out the obvious - Irish is "literally" a different language than English:

John, Irish is a language from LITERALLY a different family than English. Idk i think Englishmen never bringing up that it almost died off thanks to yr colonialist efforts is a bigger, more deliberate attempt to mislead the innocent 路

Keith Duggan simply replied with a picture of the film ‘Black 47’:

Read More:  How many of these Irish words do you know?

I love your use of words !

Of course, Bernard Shaw pointed out that in English, the word 'Fish' could be spelled G-H-O-T-I https://t.co/HcUkQRRd1V

Bernard Shaw is often attributed - though likely erroneously, points out New York Times Magazine - with making the case that in the English language, 'ghoti' and 'fish' could be pronounced the same if using the ‘gh’ sound from ‘enough,’ the ‘o’ sound from ‘women’ and the ‘ti’ sound from ‘action.’

Nonetheless, people criticized Cleese for his comments, noting that only is the Irish language completely separate from the English language, Irish also predates English.

The comedy duo The Rubberbandits were quick to reply:

Because the British tried to eradicate our language through colonization, so we prefer not to further anglicise it by our own volition 

One might ask why if the English want to make a bh sound why do they use a v, Irish almost certainly being the older language than the Queens after all

When one person called out Cleese's "anglocentric viewpoint," he replied:

True, and I do realise that the Gaelocentric viewpoint is dominant in the rest of the world https://t.co/6BmopnhJFP

Read More: Learning the Irish language easier than ever thanks to new course

Perhaps the comedian is offering his viewpoints in jest. Earlier this year, Cleese remarked: “There’s something playful about the Irish which is terribly attractive, I think that’s why they produce so many great artists.”

However, that same day, he told Irish television presenter Sile Seoige that her last name is "impossible to pronounce. Why don’t you Irish spell your names properly?”

What do you make of John Cleese's comments on the Irish language? Let us know in the comments