Co Tipperary climber James McManus was just a day away from completing a history-making expedition to the top of Mt Everest without the use of supplementary oxygen. 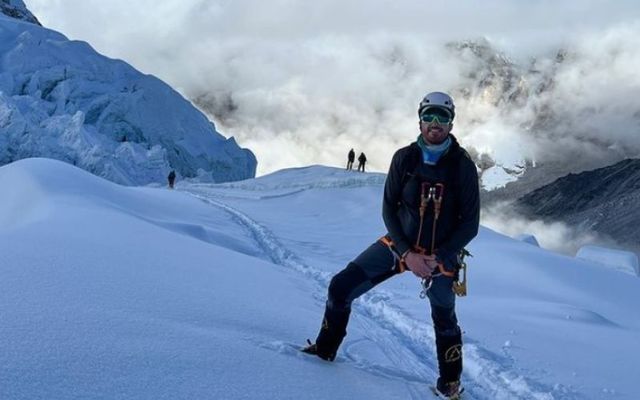 A Tipperary climber's dream of becoming the first-ever Irishman to reach the summit of Mount Everest without oxygen has been dashed by bad weather.

James McManus was just a day away from completing a history-making expedition to the top of the planet's highest peak without the use of supplementary oxygen.

But strong winds left the elite adventurer with no choice but to call off his final push to the Himalayan summit on Monday.

With the climbing season on Mount Everest due to finish up this weekend, and with further inclement weather looming, the disappointed 39-year-old said he had no option but to abort his epic 50-day expedition just ahead of summit day.

After descending from the 6,400-meter-high Camp 2 to Base Camp, the Roscrea native tried to stay upbeat when he told his Instagram followers that he had canceled his expedition just ahead of his final push to the 8,850-meter summit.

He said, "Unfortunately, because of consistently high winds between now and the end of the season, we are not going to get a chance to attempt the summit which is really disappointing.

"It was always going to be one of the things that could affect my
expedition, and when you try to climb Everest without oxygen you just need perfect conditions, and they're not perfect."

One of his colleagues at Earth's Edge, the Dublin-based adventure travel company he runs, added, "James made the right decision in the end. Better safe than sorry. There was no weather window for him and the mountain closes on the 29th, so he had no other option but to turn around.

"The winds are very strong at the summit, and it would have been extremely dangerous, particularly without oxygen. But this is a massive achievement, and we're all extremely proud of him."

McManus hoped to become the 217th climber ever to have reached the top of Everest without the use of supplementary oxygen.