James McManus described the upcoming challenge as the "ultimate in human endurance", adding that he is looking forward to testing himself on the world's highest peak. 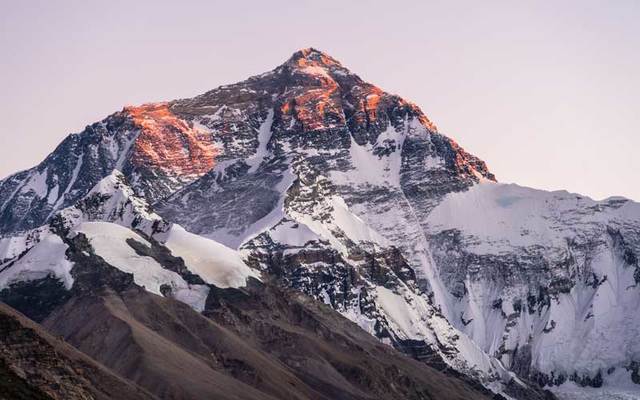 Mount Everest, the highest summit in the world. Getty

A Tipperary man is attempting to become the first Irish person to climb Mount Everest without using supplementary oxygen.

James McManus described the upcoming challenge as the "ultimate in human endurance", adding that he is looking forward to testing himself on the world's highest peak.

Only 216 people have ever climbed Everest without supplementary oxygen, but McManus is excited to go through the "mental and physical hardship".

"I have a lot of experience in this field and just really, I love to push myself in the mountains. It brings me such joy to go through mental and physical hardship so the process of preparing and adapting my body to be able to attempt this mountain without oxygen is just fascinating," McManus told Newstalk Breakfast.

The Tipperary adventurer said climbing Everest usually takes between 45 days and two months but said it was likely to take him far longer without oxygen.

"Without oxygen the challenge is, I’ll be slower – so it will take longer on the summit day," he told Newstalk.

He said oxygen also warms climbers up as they near the 8,849-meter peak and anticipated that he will be "a lot colder" than other climbers as he takes on the mountain without oxygen.

"I have to try and get on the mountain when there’s not other people there so I don’t get stuck in a queue because, if I’m in a queue, I will obviously stop moving and I won’t be generating any body heat. It’s quite tactical; there’s a lot to it really," he said.

McManus told Newstalk that he planned to use the trip to promote sustainable mountaineering, stating that he will talk sherpas about how he can best highlight poor employment conditions in Nepal.

He is also encouraging people not to leave rubbish on the mountain as they take on the arduous climb.

"The thing I want to share with people is that the answer isn’t to not climb Everest; it’s to do it in a sustainable way," McManus said, addressing recent concerns that too many people are climbing the mountain.