Irish American James McDivitt, a former NASA astronaut who commanded the Gemini IV and Apollo 9 missions, passed away on October 13. 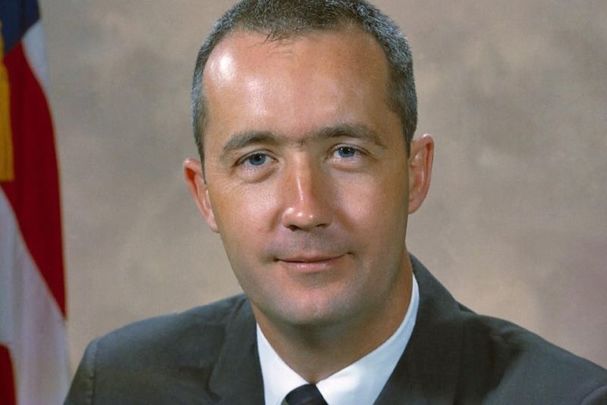 James A. McDivitt, a former NASA astronaut who commanded the Gemini IV and Apollo 9 missions, died on October 13 at the age of 93

McDivitt, who was of Irish descent, passed away peacefully in his sleep surrounded by his family and friends in Tucson, Arizona, NASA said.

McDivitt was born June 10, 1929, in Chicago. He graduated from Kalamazoo Central High School, in Kalamazoo, Michigan, before going on to receive a Bachelor of Science degree in Aeronautical Engineering from the University of Michigan, graduating first in his class in 1959.

He joined the Air Force in 1951 and retired with the rank of Brig. General. He flew 145 combat missions during the Korean War in F-80 and F-86 aircraft. He was a graduate of the U.S. Air Force Experimental Test Pilot School and the US Air Force Aerospace Research Pilot course and served as an experimental test pilot at Edwards Air Force Base, California. He logged more than 5,000 flying hours during his piloting career.

McDivitt was selected as an astronaut by NASA in September 1962 as part of NASA's second astronaut class.

He first flew into space as commander of the Gemini IV mission in June 1965. McDivitt was joined by fellow Air Force pilot Ed White on the program’s most ambitious flight to date. During Gemini IV, White would become the first American to venture outside his spacecraft for what officially is known as extravehicular activity (EVA) or as the world has come to know it, a spacewalk.

Walking on the Moon

In the following years, it was a skill that allowed Apollo explorers to walk on the Moon and American astronauts and their partners from around the world to build the International Space Station. The mission’s four-day duration nearly doubled NASA astronauts’ previous time in space to that point, with the longest American spaceflight previously being Gordon Cooper’s 34-hour Mercury 9 mission.

After launch, Apollo 9 entered Earth orbit and the crew performed an engineering test of the first crewed lunar module, nicknamed “Spider,” from beginning to end.

The crew also configured the lunar module to support a spacewalk by McDivitt and Schweickart. On Flight Day 10, March 13, 1969, the Apollo 9 capsule re-entered Earth’s atmosphere and splashed down in the Atlantic Ocean, within three miles and in full view of the recovery ship, the USS Guadalcanal, about 341 miles north of Puerto Rico.

McDivitt retired from the U.S. Air Force and left NASA in June 1972, to take the position of executive vice president of corporate affairs for Consumers Power Company. In March 1975, he joined Pullman, Inc. as executive vice president and a director. In October 1975 he became president of the Pullman Standard Division, The Railcar Division, and later had additional responsibility for the leasing and engineering and construction areas of the company. In January 1981 he joined Rockwell International as senior vice president of government operations, and Rockwell International Corporation, Washington, D.C.