The farm was on the market for $65 million last year. 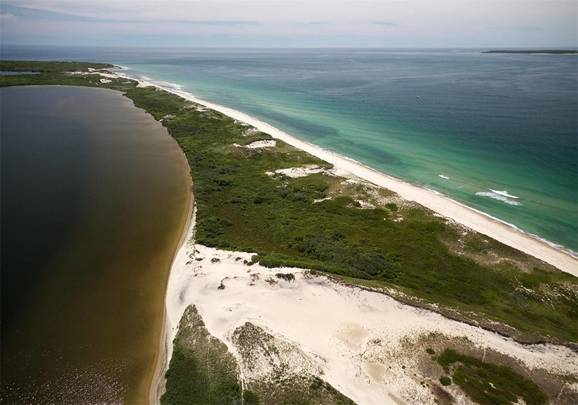 Red Gate Farm is among the most beautiful parts of Martha's Vineyard. Christies International

Two conservation non-profits have purchased the 304-acre Martha's Vineyard farm owned by the estate of Jackie Kennedy for $27 million and plan on turning the land into a conservation area open to the public.

Martha's Vineyard Land Bank and Sheriff's Meadow Foundation announced the purchase of Red Gate Farm in Aquinnah on Thursday morning and the deal should be completed by Dec. 15 this year.

The property was sold at a below-market price and was put on the market last year for $65 million.

The two agencies will pay for the property over a four-year period while the Kennedy family will retain 95 acres of the property, including the 6,500 sq ft main residence, a four-bedroom guesthouse, and a three-bedroom caretaker's house.

The farm was originally a sheep farm and hunting cabin when Jackie Kennedy Onassis bought it in 1979. Caroline Kennedy, Jackie's daughter, has looked after the farm since her mother died in 1994.

The two conservation non-profits will complete a biological species inventory at the farm before opening the dunes, beach, kettlehole pond, wooded trails, and open meadows to the public.

"The 304-acre Aquinnah property, among the largest and most spectacular undeveloped parcels on the island, will be known as the Squibnocket Pond Reservation," the said.

"The Martha’s Vineyard Land Bank Commission and Sheriff’s Meadow Foundation are thrilled to collaborate on this project of island-wide significance and we gratefully acknowledge the historic and cultural significance of the land," they continued.

Caroline Kennedy, meanwhile, said that the Kennedy Family was excited by its partnership with the two agencies.

Our family has endeavored to be worthy stewards of this magnificent and fragile natural habitat, and its sites of cultural significance. We are excited to partner with two outstanding island organizations, and for the entire island community and the general public to experience its beauty.