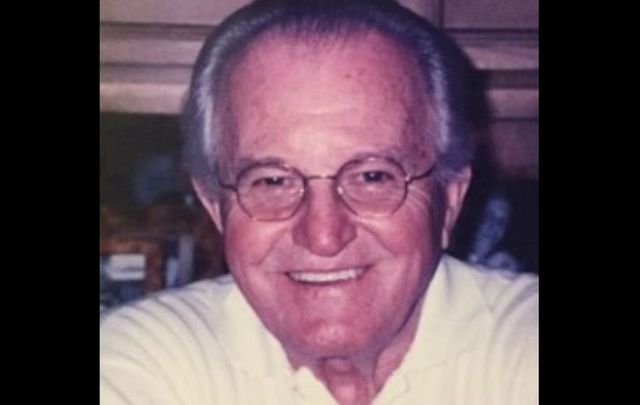 Jack Dunfey is remembered as "truly a part of the fabric of The Ireland Funds."

John ‘Jack’ Dunfey, an Irish American businessman who was awarded for his global humanitarian efforts, passed away on June 22, 2020, in New Hampshire. He was 96 years old.

“Jack was a vibrant part of Irish business, political, and social life in the US and abroad until his death at 96,” his sister-in-law Nadine Hack told IrishCentral.

Hack added that Jack was not only a “consummate businessman,” but he was also “dedicated to defending human rights and social justice globally.”

According to his obituary, Jack, as he was known to friends, spent decades of behind-the-scenes work in support of causes such as the peace process in Northern Ireland and human rights efforts in South Africa, Cuba, Central America, South America, and the Middle East.

Notably, Dunfey spearheaded his family’s efforts in 1974 to launch Global Citizens Circle. Originally known as New England Circle, the not-for-profit entity continues its mission almost 50 years later to “...gather diverse, intergenerational voices addressing critical issues and building the trust needed for sustainable change in ourselves, our nation, and our world.”

Dunfey was born in Lowell, MA, on January 7, 1924, to former millworkers, Catherine A. Manning and LeRoy W. Dunfey. The fifth of twelve children, Jack began his work career as did all his siblings at a very young age in his parents’ small luncheonette in the Acre section of Lowell.

After graduating from Lowell’s Keith Academy, Jack joined the U.S. Air Force in 1943, attaining the rank of first lieutenant while serving as a B-24 and B-29 pilot instructor. Following his honorable discharge in 1946, he earned his bachelor of science degree in business at the University of New Hampshire in 1952.

He also led his family's business. From 1950 to 1988, the enterprise expanded from New England-area luncheonettes, clam stands, and pizza shops to the Dunfey Hotel Corporation, whose hallmark became refurbishing downtrodden inner-city hotels. When the Corporation acquired Omni Hotels International—with its dozens of properties worldwide, including London and Paris—Jack kept the corporate headquarters rooted in Hampton, NH, to help preserve the close employee-management relationship that was so much a part of the early family business.

The acquisition and restoration of the historic Parker House Hotel in Boston in 1968 — in the era of assassinations, the Vietnam War, and the Civil Rights Movement — provided Jack and his siblings a prominent base to advance their beliefs in social justice. For many years, he led human rights missions into neglected corners of the world with his personal goal of releasing political prisoners.

The missions to Cuba, for his meetings with Fidel Castro, led to the release of 87 prisoners, the removal of landmines in Angola, and the freeing up of food supplies to enter Ethiopia.

While a staunch Democrat, Jack was noted for working across party lines to achieve his objectives. In 1984 President Ronald Reagan, a staunch Republican, appointed Dunfey as one of the nine-member commission founders of the United States Institute for Peace, tasked with promoting conflict resolution and peace worldwide.

Jack was also a founding board member of the American Ireland Funds. In a statement, the Ireland Funds America said: "Jack was truly part of the fabric of The Ireland Funds." He and his brothers, Bob and Walter, were recognized as bridge-builders and advocates of cross-community dialogue during the Troubles in Northern Ireland. When John Hume and David Trimble were awarded the Nobel Peace Prize in 1994, they invited Jack and Bob to travel with them and their families to Oslo.

Jack's  favorite saying was: “We make a living by what we get, but we make a life by what we give.” He was kind, thoughtful, and generous with his immediate and extended family and with the larger human family.

Jack was preceded in death by his son, Philip; and Joan Lannan Dunfey, the mother of his children, as well as eight siblings: Roy, Paul, Kay, Mary, Bud (Bill), Robert (Bob), Richard (Dick), and Walter.

Because of COVID-19 restrictions, the family plans a memorial to celebrate Jack’s life at a later date. E-condolences can be offered online at the O'Donnell Funeral Home in Lowell, MA (978) 458-8768.

In lieu of flowers, the family requests a contribution to support the continued mission of Global Citizens Circle (661 Douglas St, Manchester, NH 03012), The Dana Farber Cancer Institute in Boston, MA, or The Ireland Funds of America.