Wise message from the past in an ever changing world

2018 "is being given some frightening tidings about his (and our) future about every five minutes." 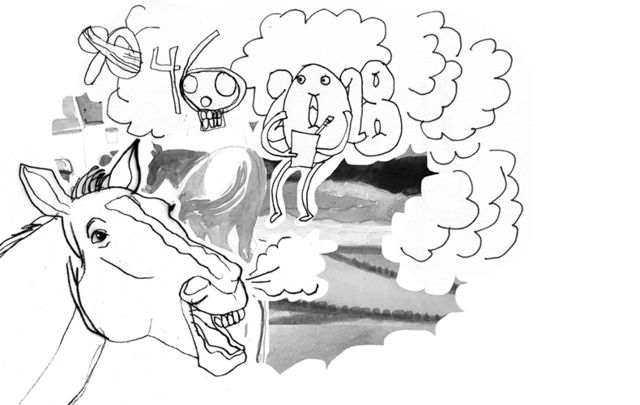 A wise old tale: "I'm watching the world we have all been in charge of in our time and things were never worse." Caty Bartholomew

The great Ballinasloe Horse Fair is clip-clopping the heart of the east Galway town this week with all the energy and life and excitement it has been displaying for centuries.

It is now the biggest and oldest of its kind in Europe, and it attracts visitors and Indeed horse traders from all over the world.  The action on the Fairgreen all this week, with all the colorful lingo and rituals of the sales process, will again, as always, be matched by the craic and entertainment in the town itself.

One element of the annual event down the years has been that the resilient traveling people host together traditionally for the fair. No community knows more about horses than they do.  No community needed them more in the era when the big roundy caravans that were their homes were hauled around the provinces by wiry ponies.

There was another facet to that annual gathering as well.  A lot of marriages were made between the families during the week.

I got a lovely yarn years ago from a traveler who benefited from one of these matchmaking sessions.  He told me that once he and his bride were wed in Ballinasloe, and given their own horse and cart and tent, that their parents traveled from campsite to campsite along with them, one behind and on in front, as a silent supportive group.

That lasted for exactly six months and then, one morning, the young couple awoke and they were on their own in the world.  And they made a good life for themselves too.

But, anyway, to get to the point of another story which you are unlikely to read anywhere else but here, can I inform ye that the advent of the Ballinasloe Horse Fair, for centuries now, has been the trigger for a linked Irish event of great significance altogether at a dimension far away and above the Fairgreen.

It has never been recorded before, this initiation ritual, because frankly folk are afraid to even think about it and pooh-pooh any suggestion that it occurs.  But it does happen every October, believe me, and one only needs a little imagination and a glass of Kerry poteen to plug into it behind closed eyelids and afterwards faithfully report the findings.

You see we are now in the ember days, and in a matter of only 10 weeks or so Christmas will be over and the year that has served us to the best of its ability since last January will expire in an explosion of bells and fireworks and Auld Lang Synes. A New Year will be waiting in the wings as we know.

But what most do not know is that the process of educating that poor novice began this week in some psychic space in the west close to Ballinasloe.  And that poor novice, whom we will hereafter call Eighteen, rather than 2018, is being given some frightening tidings about his (and our) future about every five minutes.

His ancestors and advisers, all wearing white gowns of some class, and all bearded like the apostles, are always sitting around a long table when the Eighteen is brought to them with his notebook and pencil.  I can only barely identify some of these old spirits because I was never good at history, but it is safe to say that the one at the top of the table that they all treat with respect is Sixteen (probably 1916), and he keeps talking darkly about the Rising and what happened after it that Easter.

Near him, not talking at all, and looking emaciated and skeletal is Forty Six, who keeps muttering about the crop of spuds going to fail again and starve the people out of it, and there is one called Ninety who boasts about the Boyne and who seems to be wearing a sash of some kind. It's all quite confusing really.

What is not at all confusing though, and rather sobering, when you think of it, is what Sixteen said to Eighteen yesterday afternoon from the learned end of the table of time. He said, and I quote verbatim, “Young fellow, I would not trade places with you for all the tea in China. I think you will be the very last of us.  I think you won't last much more than six months God love you.

“I'm watching the world we have all been in charge of in our time and things were never worse. There are earthquakes and volcanoes and hurricanes and typhoons and tsunamis and droughts popping up every day and night, millions of little children dying from hunger or being drowned fleeing wars.

“Worse than that, there are quare lads out there building bigger and bigger rockets every Monday and threatening to blow up the whole world. No calm heads around to calm them down either and, in this poor little country, we no longer have a supply of Catholic priests to pray for help because the young lads are not joining the church any more. I'm very sorry for you Eighteen so I am.”

There was lots more too but I woke up in my bed at that stage and, honestly, was glad to be back home for another little while anyway!