The scary reality show America finds itself at the middle of. Will John Kelly be able to tame such an unstable president? 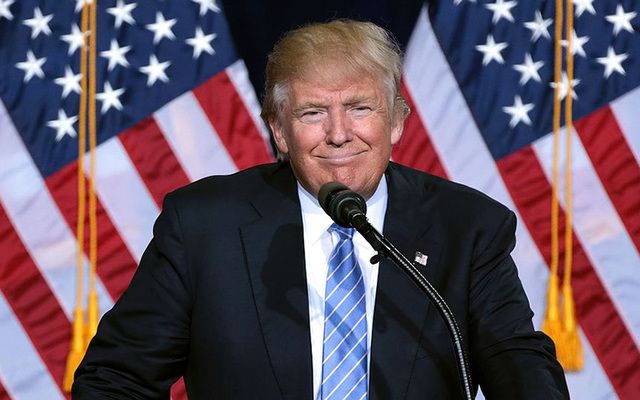 Anthony Trump slithered out of the sewer a few days ago to further assault our sensibilities and embarrass our country … and just as quickly crawled back to where he came from after Monday’s bloodbath by President Trump’s new chief of staff John Kelly.

The strange creature went by the name Anthony Scaramucci – The Mooch! – but it seemed like he was a blood Trump because he’s just as vile as his (former?) idol, the president.

Maybe Mooch was a long lost son from Trump’s early days of grabbing women by the you know what, prior to marrying the first of his three wives. He had that slimy Donnie Junior look too, but then again, lots of characters in Trumpworld exhibit the same kind of grossness.

Mooch fathered five kids with big age gaps, just like Trump, though to his credit he accomplished this with only two women instead of three. The littlest Mooch was recently born prematurely, just as Daddy was miles away salivating all over his new boss.

The wannabe Trump finally ascended to the post of White House communications director last week after months of hanging around and getting “c*** blocked” by former chief of staff Reince Priebus, who he deftly managed to elbow out by calling him a “f***ing paranoid schizophrenic” in a jaw-dropping interview with The New Yorker. (To further enhance the sleaze quotient, Mooch also revealed that one of Trump’s top advisors, Steve Bannon, sucks his own “c***”).

Trump was reportedly thrilled with his new wrecking ball’s class and command of the English language, and mad that Reincey, like the recently departed Spicey, didn’t fight back like a real tough guy would.

Unfortunately for the Mooch, new chief of staff Kelly is all business and clearly doesn’t suffer fools – and Trump will never be accused of standing by a sycophant in need. So it’s back to Long Island or wherever for this clown. At least Mooch now has the time to re-post his recently deleted tweets that praised Hillary Clinton and castigated climate change deniers like his old boss.

Here we are, some six months into this disaster of a presidency where nothing – NOTHING – has been accomplished. The leadership of our country is a soap opera, a hideous concoction of bad actors -- led by the ignoramus in the Oval Office -- who for the most part are way out of their depth. Maybe Kelly can change the calculus, but Trump has so far shown that he’s not open to taking the presidency seriously, part of which means having a clear chain of command in the White House that doesn’t begin and end with him.

There’s a crackpot in North Korea, crazier than Trump it seems, who keeps shooting off missiles that threaten to make landfall in the U.S. Jared Kushner, unfortunately, has yet to solve the Middle East problems as promised. Russia remains a malevolent threat and is laughing at the ineptness of Trump and his lackeys.

The world is a dangerous place, desperately in need of a strong, stable America. And what do we have instead? The Trump show, where every day a new plot-line unfolds that makes us forget about the previous day’s events.

One person thankfully emerged as unforgettable during the craziness of last week’s drama. Senator John McCain, newly diagnosed with brain cancer, returned to D.C. to raise the final middle finger which killed the Senate’s “skinny repeal” of Obamacare. He also eloquently spoke about the days in the Senate where members on both sides of the aisle were able to work collaboratively with each other on behalf of the American people.

Those days seem distant now. These days we target transgender people who wish to serve their country as members of the U.S. military, and the poorer members of our society who depend on Medicaid for their health care. Why should the president want to take the time to actually learn about health care when Joe and Mika and CNN need to be watched and tweeted about?

This is one scary reality show we find ourselves in the middle of. The Mooch’s 15 minutes expired after about two, but will Kelly be able to tame such an unstable president? What will happen to Kellyanne and Bannon? Will Javanka get sick and tired of being attacked by their liberal friends and hightail it back to New York City?

Unfortunately, we’re all forced to stay tuned, for now.