"U2 – A Celebration 1976-2020" is a new four-stamp collection from Ireland's national postal service An Post. 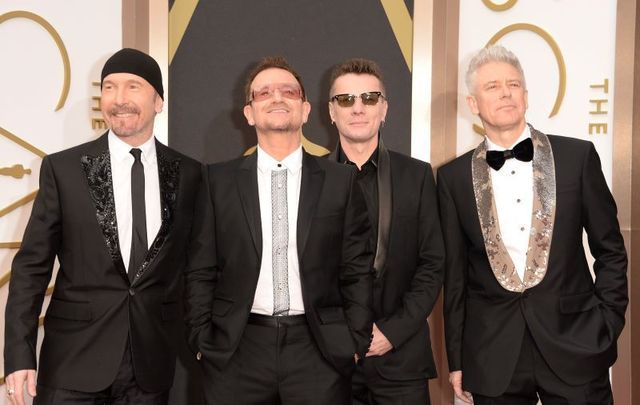 U2 at the 2014 Academy Awards in Hollywood, California. Getty Images

Yet another high honor for U2 – the Irish postal service, An Post, has unveiled four commemorative stamps marking the band’s incredible career that spans 44 years.

Bono, Edge, Adam Clayton, and Larry Mullen had lots of input into the process, as did their colleagues Gavin Friday, long-time BFF of Bono and the band’s creative director, and graphic designer Shaughn McGrath, who created several of U2’s album covers.

There are four stamps in all – two for use within the Irish Republic, and two for international mail. A booklet of four stamps (€5.40) contains two ‘N’ stamps covering standard post within the island of Ireland and two ‘W’ for posting around the world. 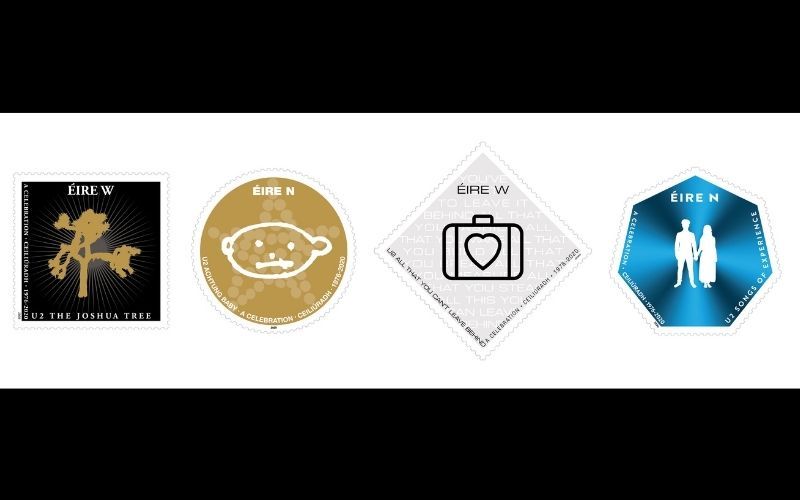 Adam Clayton said: "In a year with so many restrictions, it's fun to think that we can travel from our homes in Ireland to anywhere in the world, courtesy of An Post."

Shaughn McGrath said - “The stamps feel like a culmination of my work for U2. Each album has an icon that has come to represent its ideas and concepts.

"In addition, each stamp has its own individual shape, and together these act as a collective silhouette and a unique visual signature.”

Garrett Bridgeman, MD of An Post Mails & Parcels, said: “For fellow lifelong U2 fans and admirers of Irish design, it’s a great pleasure to announce these very special stamps celebrating the remarkable global impact of U2 since their formation in 1976.

"This stamp issue also acknowledges the band members’ massive impact on global culture and society, from their work on climate change to social justice and more recently, here in Ireland with their response to the nation’s fight against COVID-19.”

An Post is selling the stamps online, and shipping is available to America. They’ve created some souvenir sheets and a booklet that will set you back at most 10 bucks, not including shipping – a real bargain, especially for U2 superfans.