Trump’s reaction to neo-Nazis - too little too late, the damage is done

Donald Trump read the mood music of America during his run for the presidency, it is astounding how tone deaf he has been since. 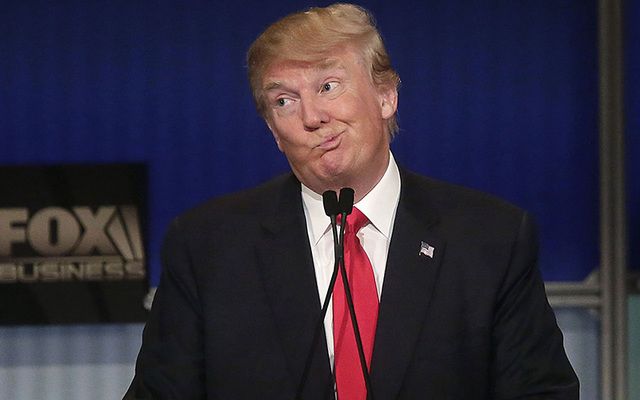 President Donald Trump "has reached the crossroads in his young presidency and has taken a spectacular wrong turn down a dead end street called Bigotry Place." Fox

For a man who read the mood music of America so well during his run for the presidency, it is astounding how tone deaf he has been since

The latest Pew poll has Donald Trump at 31 percent favorability. Richard Nixon was at 27 percent the day he resigned the presidency.

Those numbers are a disaster, especially for a man utterly consumed with his image and popularity.  They also point to a continuing slippage from the day Trump was inaugurated. Since then he has become more unpopular every passing month.

For a man who read the mood music of America so well during his run for the presidency, it is astounding how tone deaf he has been since.

During the 2016 election, he identified precisely the issues that fired up Americans in key states and hammered away at them and won a remarkable victory against all the odds, perhaps the most stunning upset in the history of the presidency.

That touch has long deserted him.  Starting with his bleak and doom-laden “American carnage” inaugural speech, to his continuous inflammatory Twitter attacks on all and sundry, to his utterly contemptible response to Charlottesville, Trump has exhibited a compulsion to stick with his hardest line supporters and a refusal to try and reach out to the middle ground.

But America is nowhere as extreme as Trump seems to think it is. The unanimous (bar him) reaction to events in Charlottesville make clear that even the most conservative Americans draw the line at the KKK and the Nazis.

He forgets that 418,000 Americans died fighting Nazism in World War II, and that the images of Auschwitz and Treblinka and death camps are still uppermost in people's minds.

The Klan and the Nazis of the modern era have nothing to offer but hate, division and dread. Trump somehow found himself unable to condemn these groups in his pathetic Charlottesville remarks on Saturday, and came up with a ridiculous formula blaming “many sides.”

To which former Vice President Joe Biden gave the perfect riposte, saying there is only “one side” on this issue.

Trump has a leaden foot mentality, utterly unable to adjust or ask himself some tough questions. His failure last weekend to rise above the baying pack of American dead-enders who make up the white supremacist groups is another nail in the coffin of his abortive presidency. Not only has he proven incompetent, but he has failed to identify and attack bigotry, hate and murder when it occurs.

He finally got it right on Monday, two days after the murder and mayhem, but the damage is done.

This is not a man with an expansive vision of anything save Donald Trump.  He has proven himself incapable and graceless in a truly shocking fashion that seems unlike any president in history.

The one president he resembles most closely is Andrew Johnson, the uncouth drunk who took over after Abraham Lincoln’s assassination and did his best to undo the incredible work of his predecessor.

Trump seems dedicated to pushing America back to the 1920s when white men ruled, religious bigotry abounded, blacks and women knew their place and KKK marches were widely attended and accepted.

Perhaps he is channeling his father, who The New York Times reported attended a Klan rally in Queens in May 1927 and was arrested before being released without charge.

Trump has reached the crossroads in his young presidency and has taken a spectacular wrong turn down a dead end street called Bigotry Place.

If he continues like this he will surely not make it through his first term.  That seems a real possibility now.