Former Irish Ambassador to the US Anne Anderson has strongly criticized how all-male Irish organizations treat women, calling for an end to the exclusive boy's clubs in Irish America. 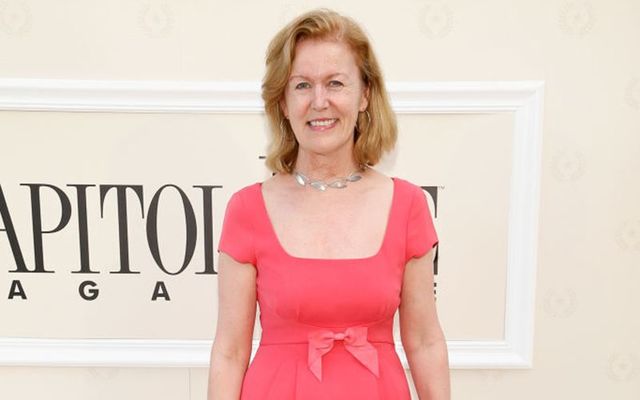 Former Irish Ambassador to the US Anne Anderson has strongly criticized how all-male Irish organizations treat women, calling for an end to the exclusive boy's clubs in Irish America.

She stated it was "disturbing" how women were treated and how their role in Irish American history was diminished by not being allowed into all-male events.

The issue has become a live one again with Irish leader Leo Varadkar stating his government would continue to attend male-only gatherings in the US, giving recognition to the fact that many such groups are formed in Muslim countries and in The Vatican, for instance, and that they already attend those events.

There was a surprising rebuttal, however, from an influential source; former Irish Ambassador to the US Anne Anderson, who became the first woman ever inducted into the Friendly Sons of St. Patrick in Philadelphia, the first Friendly Sons branch to be established. The branch, which is not affiliated with the one in New York, updated its bylaws in 2016 to include female membership.

“There could not be a more fitting year for your Society to take this step forward,” she said in 2016.

Former Irish Ambassador to the US Anne Anderson

Other branches of the Friendly Sons across the US have not taken the lead from Philadelphia, however, and remain male-only, a practice that Anderson finds much fault with.

She stated that the Irish government should engage with all-male Irish-American organizations in a “principled” and “clear” manner and seek equality, speaking, in particular, of her stance on events held by the Washington D.C. branch of Friendly Sons. Anderson said she made it “absolutely clear” she would only attend the single annual function in D.C. that was open to women.

“They thought it would be okay just for me to stand there and shake hands and I told them I will address, in a very forthright way, the issue of admitting women to membership,” Anderson said of her discussions with the D.C. branch.

“I didn’t say I’m going to boycott you entirely … but I made clear my terms of engagement. And it wasn’t always comfortable because I would go along and make my pitch and their reactions varied. Most of the audience received it in stony silence, some applauded mildly, a small sector applauded enthusiastically.

“I don’t blame them for holding on to a name like the ‘Friendly Sons’ but for them, it’s about tradition. They use all sorts of arguments and basically, it comes down to ‘our membership are not ready to move on.’”

The Friendly Sons of St Patrick.

“Here you have hundreds of men assembling in their stylish surroundings, in their black tie outfits, and they are appropriating the history of Irish America in an all-male way.

“When you look at the proud history of Irish America, of course, there were the men who dug the ditches, they did extraordinary things. But the women, their backs were just as broad. And they worked in the mills and the garment factories and in domestic service and they are erased. They become invisible when history is appropriated in this way.”

Do you agree? Should we end the practice of all-male organizations in Irish America? Vote in our poll below and let us know your thoughts in the comments section, below.

Be sure to tell us why you voted in the comments section, below.

*Update: An earlier version of this article stated that Ambassador Anderson refused to attend an event of the Philadelphia branch of Friendly Sons of St Patrick until she was a member. The article has been updated to reflect that she was happy with their bylaw change and was speaking on other branches which are still completely male-only.