The tragic reality of deaths at the Cliffs of Moher

The message is stark and simple. If you or anyone in your party is in a low state of mind...do not visit. 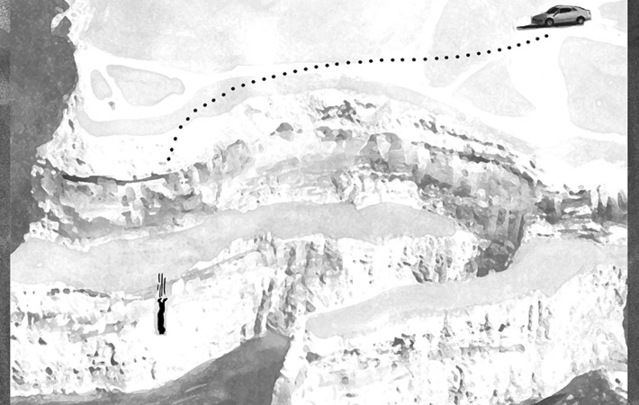 Cliffs of Moher: The message is stark and simple. If you or anyone in your party is in a low state of mind...do not visit. Caty Bartholomew

For some of you intending to holiday in Ireland soon these lines are the most important I will write and you will read for the rest of the year. I am shocked to be penning this message, but if it saves a life I will be doing a very good deed indeed.

The message is stark and simple. If you or anyone in your party is in a low state of mind, or has a pressing personal problem of any kind in their lives, DO NOT VISIT THE CLIFFS OF MOHER ON THE CLARE COAST.

I speak from long experience.

They recovered another body from below the famed cliffs a few evenings ago. The rescuers have been doing that on an increasingly regular basis for years now.

There was always a suicide toll at this awe-inspiring wonder of nature but, beyond doubt, for those with troubled minds, the Cliffs of Moher has become even more dangerous with every year that passes.

Typically a lone person travels in their car to the car park at the magnificently developed visitor center, which now attracts hundreds of thousands of visitors annually. Typically their friends and families have no warning that a tragedy is imminent.

Often it is the deserted car, alone in the car park, early the following morning which tips off the locals to the possibility of a tragedy having happened again during the dark hours. Typically, too, those who take the long horrific fall leave a suicide note in their cars. It is a weird ritual by now.

Typically, and horribly also, the recovery of their broken bodies, even for the experts, is a very difficult task, especially if the weather is bad. Often it takes weeks rather than days before there is recovery. I think some of the lost souls are never recovered at all, God love them.

I have reported down the years on some of the suicides at Moher. I have seen a couple of bodies away down below in the surf line after the events.

One sight that stays with me is that of a female body wearing a bright red dress, tossing and turning in heavy seas which prevented the rescuers from reaching her. I will never forget that sight.

Her story later emerged and it was almost standard for the scenario. She was a middle-aged Dubliner, with no mental or personal problems her family and friends were aware of, and she traveled down to Moher as a passenger on a coach tour.

She was missing when the party boarded the coach again after viewing the mighty cliffs and enjoying one of the most scenic vistas along the Wild Atlantic Way that has been so successful as a tourist attraction in recent years. There was no warning for anyone who traveled with her about her dread intentions.

I think I told ye before about a conversation with a Cork taxi driver who picked up a male fare in Cork city a few years ago. The thirty-something passenger was a pleasant young man who talked freely about life and sport on the journey.

Initially he said he wished to go to nearby Lahinch resort but, when they reached there, he changed his mind, said the taxi driver, and asked to be brought the few extra miles to Moher. When they arrived there he paid the agreed fare, gave his bottle of water to the driver, and wished him safe home. Then he went off to his death just like that.

I've stood on the verge of the attraction myself many times down the years. Before the splendid visitor center was established you could position yourself right on the edge of the fearful void and look downwards at the foaming Atlantic far below.

Personally, I've always thought how dreadful it would be to trip and accidentally take the final tumble. There is certainly for most a high level of awe and wonder and fear involved in standing there.

For some, clearly, there is much more.

Nowadays it is not really possible to have an accidental fall because of the fencing. Those who go over, tragically, are doing so deliberately. And it is happening far too often.

Accordingly, on any occasion now when I hear of another broken body being brought ashore by the dedicated first-responders, the phrase which leaps into my mind is “the terrible beauty..."

And that is why I am writing this way this week of the peak holiday season. The stupendous sight of the Cliffs of Moher is totally worthwhile and stimulating for almost all who come there.

But far too often, also, there are the lonesome cars at dawn in the car park or nearby. And the notes on the dashboard.

Isn't there an old saying, “See Naples and die…” Truly there is a wider context, for whatever reason.

If someone you know exhibits warning signs of suicide: do not leave the person alone; remove any firearms, alcohol, drugs or sharp objects that could be used in a suicide attempt; and call the U.S. National Suicide Prevention Lifeline at 800-273-TALK (8255) or take the person to an emergency room or seek help from a medical or mental health professional.