The really scary thing about Stephen King’s clown horror “It”

Why are so many Americans - including many Irish Catholics - cheering for the bullies in 2017? 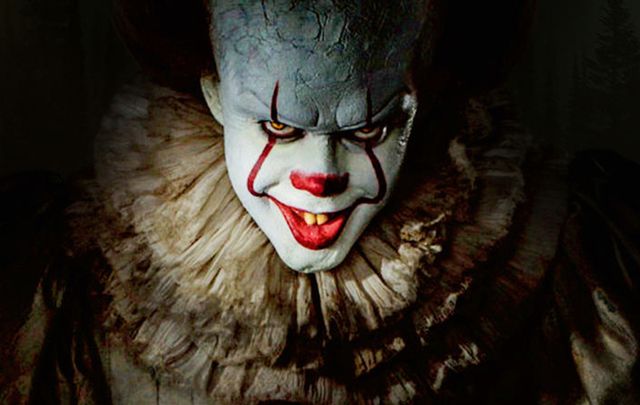 Did Stephen King have America’s ugly history of persecuting Irish Catholics in mind when he wrote his epic novel It?

I can’t wait to see the much-hyped new movie version of It, which came out last Friday and broke September box office records with a $117 million haul last weekend.

Obviously, this is a hot time for horror stories because the world is a very scary place.  With all these hurricanes, earthquakes and wildfires, it may not quite be the end of the world, but as science fiction writer John Scalzi noted, in a much-shared tweet, “It sure as hell feels like the End Times are getting in a few dress rehearsals.”

And that’s just the natural world.  Things are so scary in the political world right now that the latest season of the FX Network show American Horror Story revolves around the election of 2016.

Stephen King was a lot more coy back in 1986, when he published It.  Knowing the movie was coming out, I finally undertook reading King’s novel not long ago.  All 1,100 pages.

It is very good but far too long, like many of King’s books.  I will avoid spoilers here, but some key details are required in order to get at King’s deeper ideas, including his (possible) exploration of America’s dark anti-Irish and anti-Catholic streak.

King’s story skips back and forth from the 1950s to the 1980s, following a cast of characters from childhood to adulthood.  The kids’ lives seem ordinary enough, as does their Maine hometown of Derry.

But then we find out that kids go missing at an alarming rate.  Or end up murdered at an even more alarming rate. Then there are the creepy, killer clowns lurking in the town’s sewers.

Oh yeah.  King is definitely tapping into the stuff of our nightmares.

But it’s more than that.

If you read It carefully, you start to realize that the murdered and the missing are not the only victims.  The children at the center of the story are actually a band of outsiders and misfits.

One is Jewish, and faces anti-Semitic taunts.  Another is black, and his family has been scarred by racial violence. Yet another is a girl who is abused by her father.  These kids are so persecuted they even call themselves “The Loser’s Club.”

Which brings us to an important point: the terrifying Pennywise the Clown is not the only cruel figure in the book.  It is about a scary clown, but it’s also about how some folks always seem to have a boot on their neck. (Other victims of violence in the book are gay men, targeted by homophobes.)

Which brings me to a key figure in It, a bully by the name of Henry Bowers, played in the new movie by Aussie actor Nicholas Hamilton.

Bowers terrorizes the Loser’s Club mercilessly.  He is the personification of brutality, the boot-stomping brute who only feels good when he is making someone else miserable.

In a book that is largely about how the powerful oppress the weak, King made a very interesting choice in naming this bully.  One of the most powerful anti-Catholic, anti-immigrant organizations in late 19th America was the American Protective Association (APA).

Organized in the 1880s, the APA wanted to (if you will) build a wall to keep the Irish, Italians and any and all Catholic immigrants out of America.  Catholics, the APA believed, should not hold public office, serve in the military, or work in schools as teachers  The APA believed these immigrants were ruining America.  (Sound familiar?)

At the height of its power, the APA had two million members and the political muscle to swing many statewide elections in the Northeast and mid-West.

And what was the name of the man who founded the APA, the most powerful anti-immigrant group in the U.S. until the Ku Klux Klan was resurrected in 1915?

You guessed it.  Henry Bowers.  A different kind of bully.

That’s a good question.  A better question is this: Why are so many Americans -- including many Irish Catholics -- cheering for the bullies in 2017?

Maybe that’s what It is really about.