What do New England Patriots quarterback Tom Brady and Abraham Lincoln have in common? Both men were inspiring, optimistic, over-achievers. 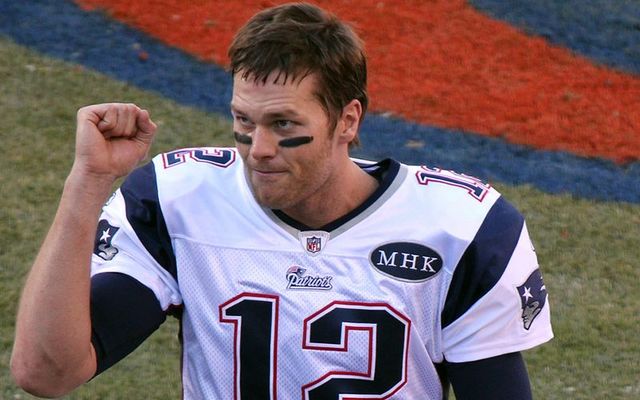 What do New England Patriots quarterback Tom Brady and Abraham Lincoln have in common? Both men were inspiring, optimistic, over-achievers.

What do New England Patriots quarterback Tom Brady and Abraham Lincoln have in common? No, honest Abe could not fire a 70-yard perfect spiral out of the shotgun nor could Brady ever have written and recited the Gettysburg Address.

What they have in common is that they were both massive overachievers – the Irish American quarterback at Michigan who wasn’t even the first choice there, and the strange-looking backwoodsman with two years' of education who might, at best, have been a country lawyer.

Both their stories are inspirational, especially to all of us who try and fail at something.

Brady and Abe did not acknowledge the word failure. And, they both managed to force the world to take notice and believe in them after initial skepticism.

A young Abraham Lincoln, as he started out in politics.

Take a look at these two assessments as an examples.  According to the top football scouts when Brady had just left college and was trying out with a few pro teams he was described as

“Poor build, skinny, lacks great physical stature and strength, lacks mobility and ability to avoid the rush, lacks a really strong arm, can’t drive the ball downfield, does not throw a really tight spiral, system-type player who can get exposed if forced to ad lib, gets knocked down easily.”

That is how the NFL scouts described Brady 18 years ago after the top college players in America had worked out at 'the combine.'  No surprise he went 199th in that draft.

The Boston Globe at the time didn’t rate him either.

“With a quarterback in mind, the Patriots passed on the athletic Joe Hamilton of Georgia Tech to go for Tom Brady of Michigan with their next pick. Brady, projected as a third-rounder, said he wasn’t upset at slipping. ‘I don’t think disappointment is the word,’ he said. ‘Whether it’s the second or sixth round, I think everyone starts on the same level.’

It’s amazing that Brady did not hang his head and go home to California as he fell further and further down the draft. Luckily, genius coach Bill Belichick saw something in the skinny kid from outside San Francisco who had been hoping to join his beloved 49ers.

Thus began a legend who benefited greatly from getting coached by the best and the quarterbacks in front of him getting injured or not performing. Brady went from rags to riches in a flash.

Kinda reminds me of the career trajectory of Abe Lincoln, the greatest American in history. Have a look at this:

In 1832 he was defeated for state legislator.

In 1843 he ran for Congress and was defeated.

In 1860 Abraham Lincoln was elected president.

So the greatest quarterback in history and the great president in history were abject failures in the eyes of others when it seemed to matter most.

They clearly shared several traits in common - Guts, determination and never say die. We should all be such successful failures.