Dublin star could overtake soccer star Cristiano Ronaldo in the next Forbes magazine compilation of the world’s highest-earning athletes. 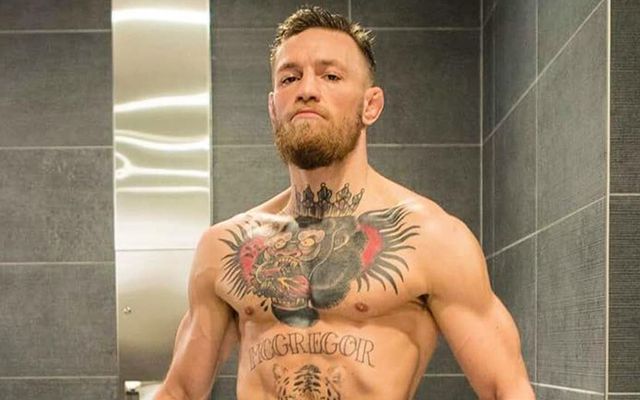 Conor McGregor desperately wanted to be Floyd Mayweather’s plus one on Saturday night – as in moving Mayweather’s pro boxing record to 49-1 instead of a perfect 50 – but there’s no shame in defeat for the Dubliner who acquitted himself extremely well for his first time in a boxing ring, giving his legions of fans around the world an occasion to gather and celebrate.

And the good news keeps on coming for McGregor, whose usually active social media feeds have been quiet since before the fight. On Tuesday it was reported that McGregor, 29, will overtake soccer star Cristiano Ronaldo in the next Forbes magazine compilation of the world’s highest-earning athletes. Ronaldo, with earnings of £71 million, (about $92 million) is currently on top, but when all the receipts are counted McGregor is expected to earn in the neighborhood of $100 million for Saturday’s fight, a number that will be difficult for any other athlete – bar the now retired Mayweather and his $300 million take, of course -- to exceed.

Ronaldo and McGregor met last year, and the Irishman told the Portuguese star that he would eventually pass him in earnings.  "You were No. 1 on the Forbes list; I was like No. 35 or something. I'll get up. Maybe next year I'll get you,” McGregor said. Another promise made and kept by the Dubliner.

Not surprisingly, the Nevada State Boxing Commission issued a medical suspension for McGregor for 60 days.  The suspension isn’t expected to have any impact on his next move as he wouldn’t be scheduled to fight during that timeframe.

The next move will be an interesting one for The Notorious.  UFC boss Dana White wants him back in the octagon, not surprisingly.

“This isn’t what he does,” White said after the fight.  “He’s a mixed martial artist, where he goes in and uses all of his weapons, and tonight he was only allowed to use his hands.

Does White think a movie career for his superstar beckons? "I don't know about movies. He's a fighter, not a movie star,” he told TMZ.

One thing’s for certain: the UFC will have to pony up to keep their marquee attraction content. McGregor has said before that he wants an ownership stake in the UFC, which sold for $4 billion last year thanks in large part to McGregor bringing the sport into the mainstream.  It will be hard to deny the Irishman anything he wants at this point.